Will A Sheldon Adelson Hotel Host The Trump-Kim Summit? 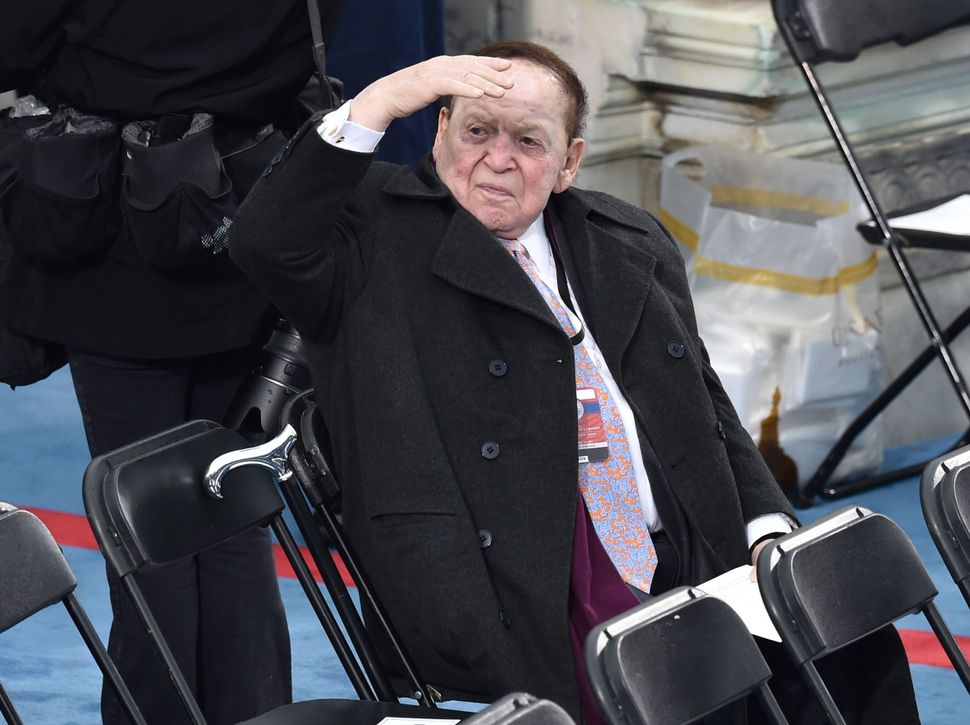 The Trump administration announced Thursday that the summit between Trump and North Korean leader Kim Jong-Un will happen in Singapore. That has opened up the possibility that the summit could happen at a hotel owned by Republican mega-donor Sheldon Adelson.

Adelson’s international Sands corporation unveiled the Marina Bay Sands in Singapore in 2010. At the time, it was considered the single most expensive stand-alone casino in the world, valued at $8 billion.

Adelson is one of the largest donors to the Republican party. On Thursday, POLITICO reported that Adelson had given $30 million to the GOP’s Congressional Leadership Fund — money that will be spent on the 2018 midterm elections. Adelson was one of the major voices pushing the Trump administration to move the U.S. embassy in Israel to Jerusalem — something Trump agreed to do last year.

The Straits Times noted that any summit location would have to account for a large number of diplomatic personnel, security personnel and members of the media. The Marina Bay Sands has over 2,500 rooms.

Trump had recently told reporters that the summit will not take place at the Demilitarized Zone between North and South Korea. The DMZ was the location of last week’s summit between Kim Jong-Un and South Korean President Moon Jae-In.

The White House did not comment on the exact location of the summit, which is set to take place June 12.

In April, several restrooms at the Marina Bay Sands were given a six-star rating by the Restroom Association of Singapore. They were the first restrooms in Singapore to be given the Association’s highest-possible rating.

Will A Sheldon Adelson Hotel Host The Trump-Kim Summit?