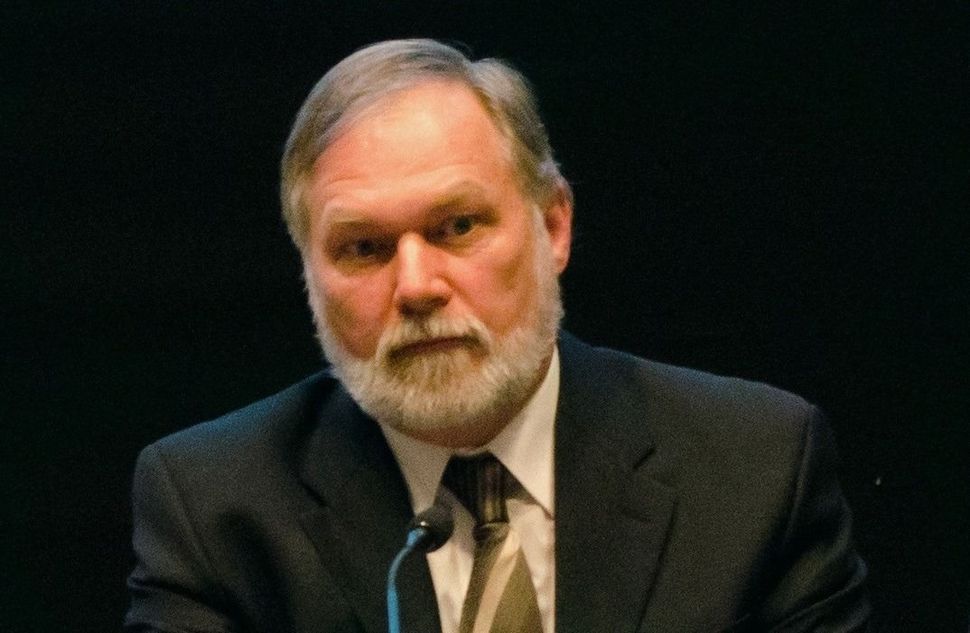 A Republican candidate who won enough support at the party’s Massachusetts convention to advance the primary for governor is a pastor who once wrote a book claiming that the Holocaust was caused by a conspiracy of gay men within the Nazi party.

Scott Lively, an attorney and pastor who has advocated for anti-LGBT laws around the world, won 28% of the vote at the convention at the end of April — much more than the 15% needed to get onto the ballot to challenge incumbent Gov. Charlie Baker in the primary.

A widely-debunked 1995 book co-written by Lively, “The Pink Swastika,” claimed that “the Nazi party was entirely controlled by militaristic male homosexuals,” despite the persecution the LGBT community faced under the Third Reich.

Lively’s advocacy in Africa helped lead to the passage of the Uganda Anti-Homosexuality Act, a 2009 law that in some cases called for the death penalty. Lively was later sued in U.S. court by a Ugandan group for having “aided and abetted a vicious and frightening campaign of repression against LGBTI persons in Uganda.” The judge dismissed the case on jurisdiction grounds, but also condemned Lively’s “crackpot bigotry,” according to Boston Magazine.

A columnist in the Cape Cod Times explained that Lively’s support came from a mix of pro-Trump, pro-life and pro-Second Amendment conservatives who have been dissatisfied with Baker’s relative moderatism. Baker has consistently polled as the most popular governor in the country.