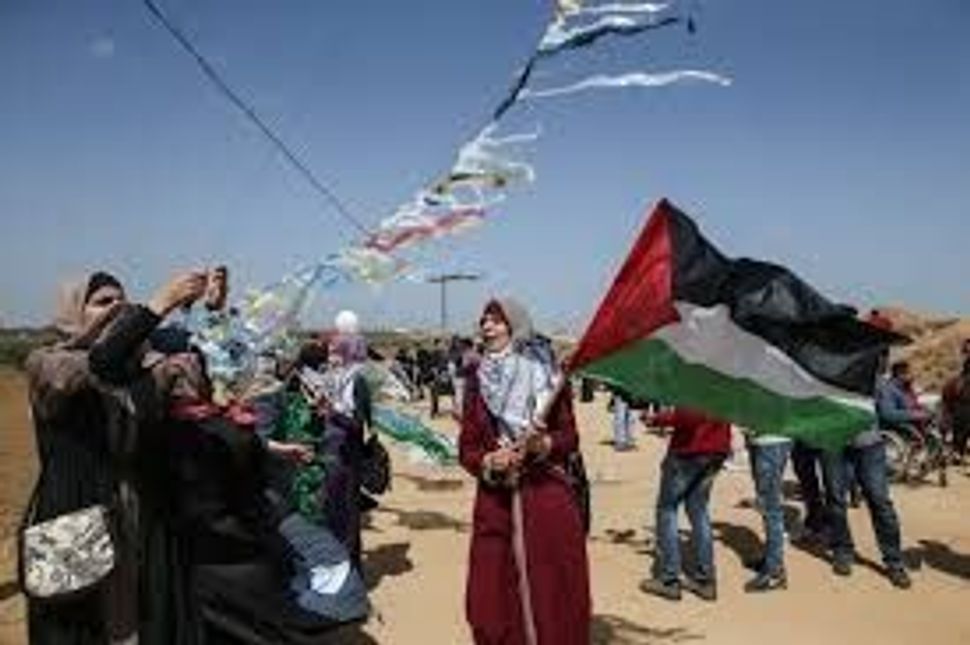 JERUSALEM (JTA) — At least 18 Gazan Palestinians have been killed at the border with Israel, where at least 10,000 have gathered for protests in the hours before the dedication of the new U.S. embassy in Jerusalem.

Several thousand more Palestinian protesters are located more than a quarter of a mile from the border fence in a tent area, the IDF said Monday afternoon. There are at least 10 flashpoint areas along the border.

In addition to the dead, more than 500 are injured, according to the Gaza Health Ministry, which has reported that one of the dead protesters is 14.

Protesters in the West Bank also began marching from Ramallah toward the Qalandiya checkpoint near Jerusalem, with smaller marches starting out from other West Bank cities such as Bethlehem, Hebron, Nablus and Jericho.

The protests are part of the March of Return, protests that have taken place every Friday at the border for the last seven weeks, leaving at least 48 Palestinian protesters dead and thousands wounded. The protests were supposed to end on May 14, the day on the Gregorian calendar when Israel became an independent state 70 years ago, which the Arab world calls the Nakba, or catastrophe. Hamas leaders have called for the protests to continue beyond Monday, however.

The IDF warned that up to 250,000 Palestinian protesters could come to the Gaza border on Monday and breach it, entering Israel.

“The IDF is prepared for a variety of scenarios. IDF commanders are present in the field and are conducting situation assessments. The IDF will act forcefully against any terrorist activity and will operate to prevent attacks against Israelis,” the military said in a statement that also appeared on Twitter.

“The IDF will act harshly against any terrorist activity and will act to preserve Israeli sovereignty and prevent attacks on civilians and soldiers,” the statement said.

Meanwhile, at least five wildfires are burning near Jewish communities in southern Israel, which broke out after kites carrying explosives were flown from Gaza over the border.