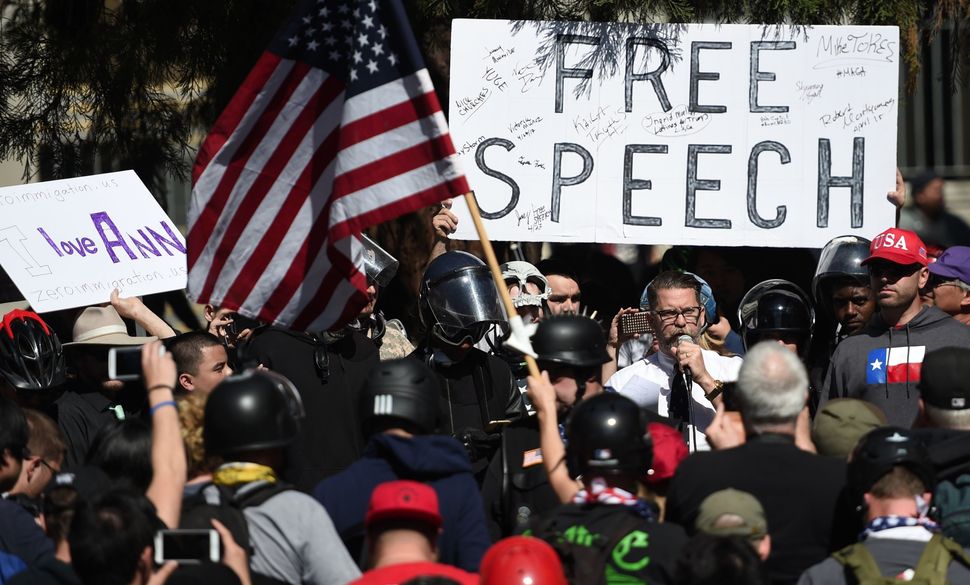 NEW YORK (JTA) — The CEO of an investment firm linked to an investigation into Russian interference in the 2016 election said he bought website domain names linked to the “alt-right” movement in a personal capacity.

Frederick Intrater, the CEO of Columbus Nova, said he had for years bought domain names related to trending topics in order to later sell them off for a profit, according to a statement posted Thursday on Twitter by Washington Post reporter Eli Rosenberg.

Rosenberg had reported in the Washington Post on Wednesday that the company was listed as the registrant behind alt-right-related domain names created during the 2016 presidential election.

Intrater, who is Jewish, said his purchases of domain names related to the alt-right, a loose right-wing movement that includes white nationalists and anti-Semites, were done in a personal capacity and not related to Columbus Nova although he acknowledged sometimes having used his work emails to register the domains.

Intrater said he had bought the domain names at a time “when there was mainly an ultra-conservative perception of ‘alt right’” and that he later decided to let them expire rather than sell them since they had “connotations that are inconsistent with my moral beliefs.”

“To conclude that I support white supremacy or anti-Semitism is unreasonable given what I’ve described above and also taking into consideration that I am a Jew and son of a Holocaust survivor,” Intrater said.

Intrater reportedly has been interviewed as part of an investigation into Russian interference into the 2016 election being lead by special prosecutor Robert Mueller. The company said on Wednesday that it had hired in 2017 as a consultant Michael Cohen, the lawyer under federal scrutiny for his role in paying off a woman who said she had an extramarital affair with President Donald Trump.