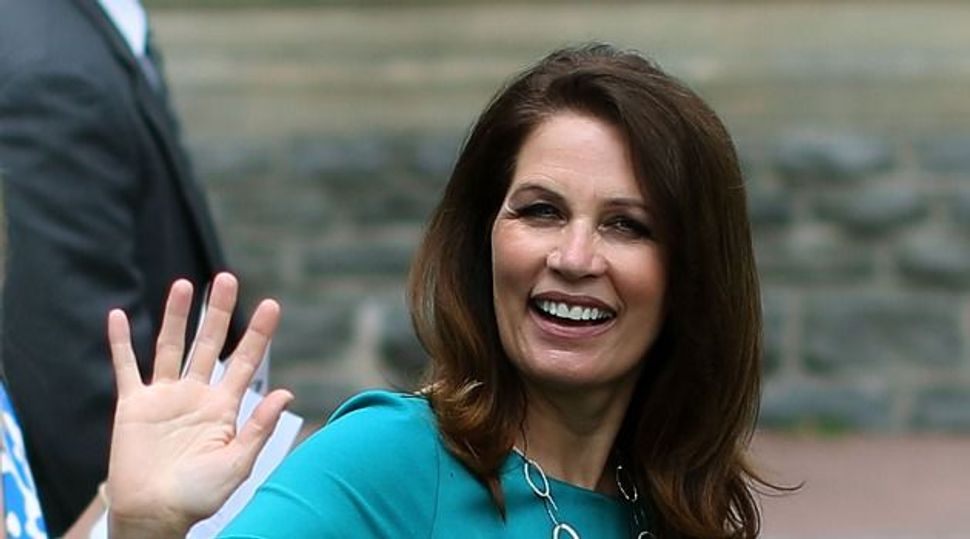 Former U.S. presidential candidate Michele Bachmann apologized for her prior efforts to convince Jews they should convert to Christianity, the Times of Israel reported.

Bachmann’s expression of regret came on Sunday while she spoke at a Knesset Jewish-Christian Bible study in Jerusalem. She referred to her words as “ignorant.” She declined to acknowledge specifically what comments she was apologizing for.

Bachmann, a Republican from Minnesota who ran for the presidential nomination in 2012, also reportedly asked forgiveness for the “horrible and, yes, I would say, the arrogant way that Christians — I would include myself among them — have treated and regarded the Jewish people.”

“My statement [of apology] stands for itself,” the former congresswoman allegedly told reporters when asked whether her apology was in reference to the 2015 remark.

Many of the Christian participants of the Bible study were in Israel to attend Monday’s ceremony commemorating the U.S. Embassy move from Tel Aviv to Jerusalem.