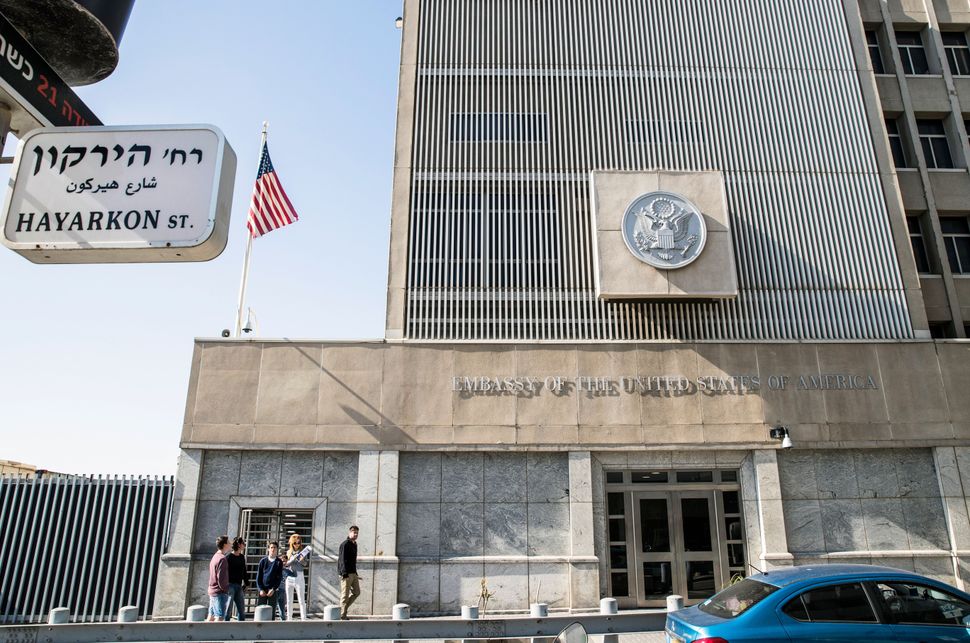 An Iranian student group is offering a $100,000 reward to anyone who bombs the new U.S. embassy in Jerusalem, Newsweek reported.

The Iranian Justice Seekers Student Movement has distributed posters in English, Arabic and Farsi calling for attacks on the embassy. The fliers reportedly say the group “will support anybody who destroys the illegal American embassy in Jerusalem,” offering “a $100,000 prize” to anyone who does so.

The United States was the first country to announce it would relocate its diplomatic office from Tel Aviv to Jerusalem and recognize the holy city as the capital of Israel. The move caused outrage from Arab leaders who say the city is Palestinian land.

Hostility toward the U.S. was already rising in Iran prior to Monday’s embassy opening, following President Trump’s withdrawal from the Iranian nuclear deal last week.