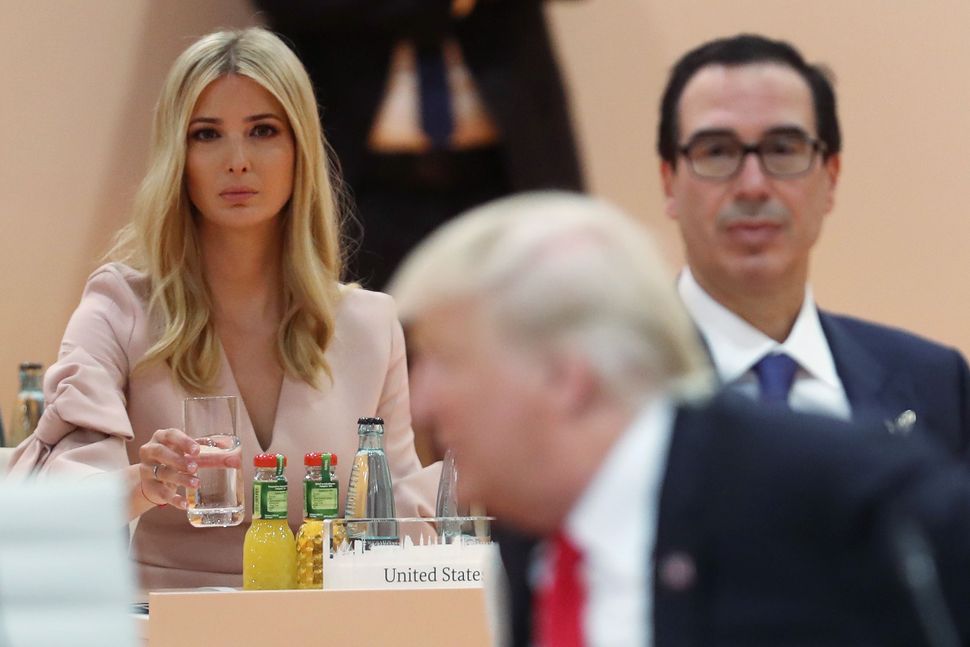 Ivanka at the G20 Summit.

During a 2006 visit to Russia, Ivanka Trump sat at Vladimir Putin’s desk and spun in his chair.

Felix Sater, a real estate developer, recalls in Buzzfeed the time when President Trump “asked him to chaperone” Donald Jr. and Ivanka in Russia. At the time, Sater was with a development company called Bayrock Group, which helped scout locations and secure financing for the Trump Organization’s licensing deals across the globe.

For Ivanka and Donald Jr., Sater arranged a tour of the Kremlin. Sater reached out to an old friend, a Russian billionaire, who he knew through his Bayrock connections. The billionaire sent a fleet of cars and guards to escort them through the Kremlin, and when a tour guide pointed out Putin’s office, Ivanka asked if she could sit in his chair at an antique desk.

One of the guards said, “Are you crazy?”

“I said, ‘What is she going to do, steal a pen?’” Sater recalled. “He let us in. She sat behind the desk, spun in the chair twice, and that was that.”

This seems to be a trend for the First Daughter. Ivanka drew criticism last July when she briefly sat in her father’s chair at a Group of 20 summit meeting in Hamburg, Germany, during a closed-door session on African development as the World Bank president spoke.

Here are four other moments Ivanka received international side-eye for her seating choices. 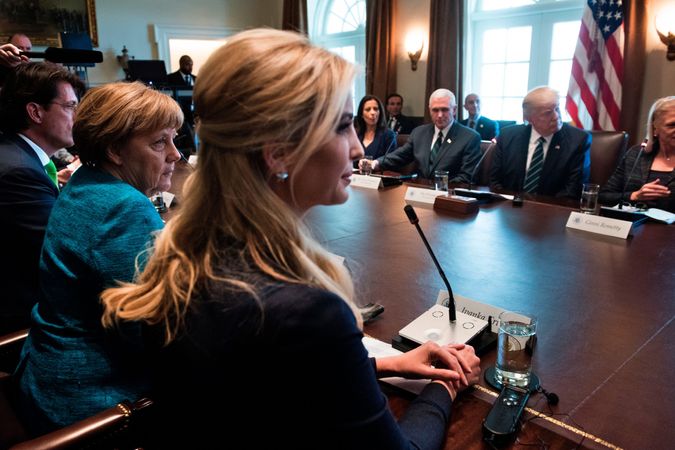 Ivanka Trump and Angela Merkel at the White House. 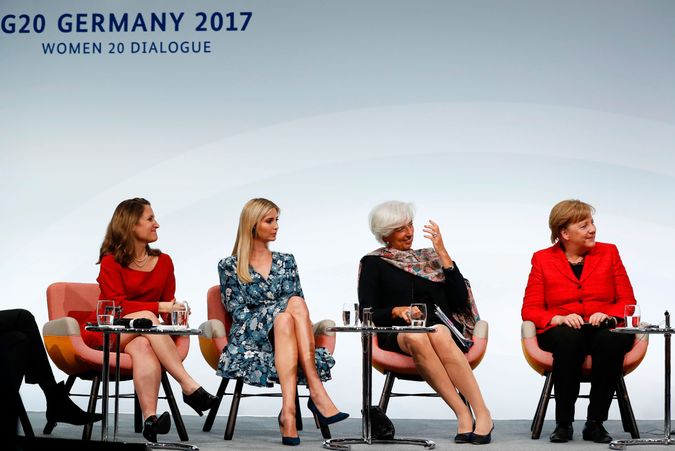 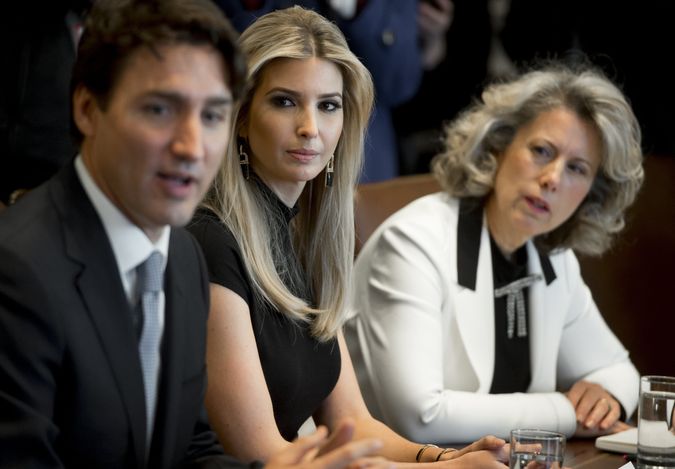 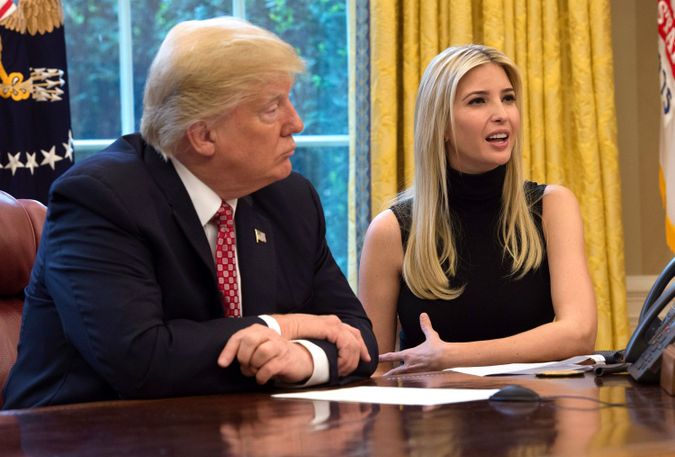 Ivanka in the Oval Office.