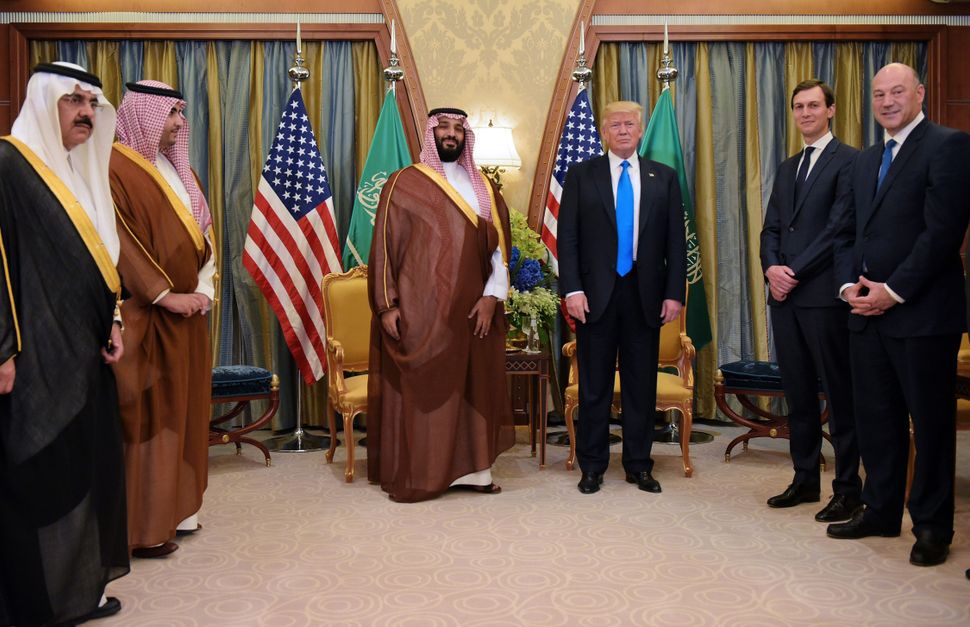 An extensive investigation by the Associated Press into top Trump donor Elliott Broidy and a business associate, George Nader, revealed their efforts to create a lucrative backchannel between crown princes from the UAE and Saudi Arabia and the Trump White House to push policies harmful to those countries’ rival, Qatar.

One section of the investigation in particular stood out — a dig at Jared Kushner.

After meeting with Trump last December, Broidy emailed Nader that he’d told Trump that the crown princes were “most favorably impressed by his leadership,” and offered the princes’ help with the Middle East peace plan being developed by Trump’s son-in-law and senior advisor, Jared Kushner.

Broidy likely did not tell Trump that his partners had complete contempt for the plan — and for the president’s son-in-law.

“You have to hear in private my Brother what Principals think of ‘Clown prince’s’ efforts and his plan!” Nader responded to Broidy. “Nobody would even waste cup of coffee on him if it wasn’t for who he is married to.”

This opinion apparently is shared with other officials overseas.

In March, Saudi prince Mohammed bin Salman reportedly bragged that he had Kushner “in his pocket,” while The Washington Post reported in February that officials in at least four countries had discussed how to take advantage of Kushner’s “financial difficulties and lack of foreign policy experience.”