Philip Roth Won’t Be Having A Jewish Funeral 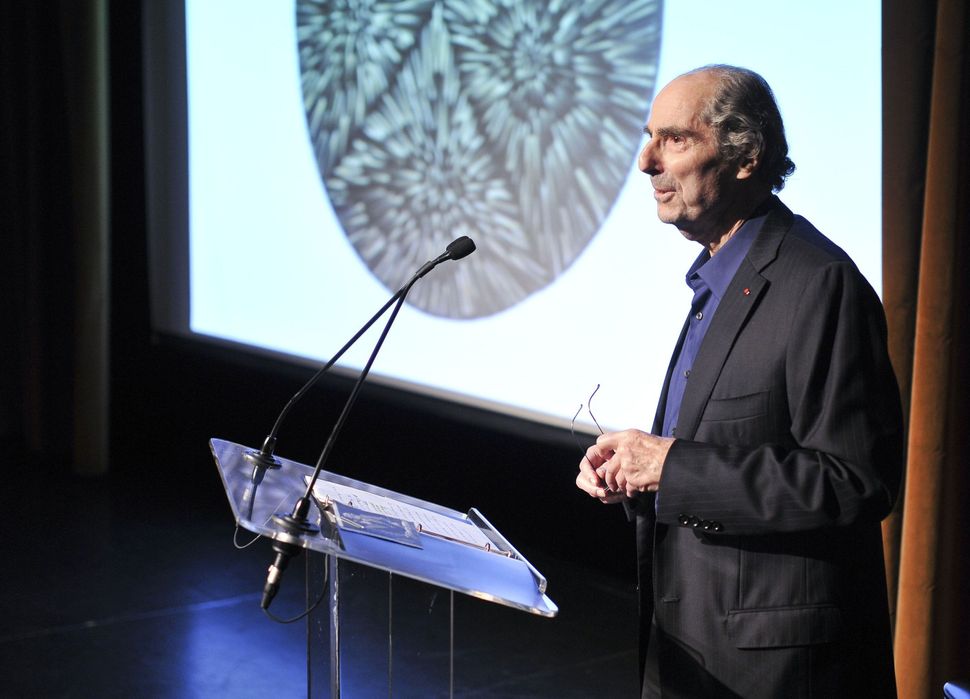 NEW YORK (JTA) — Philip Roth forbade any Jewish rituals from being performed at his funeral.

The prolific Jewish-American author, who died on Tuesday at the age of 85, will be buried on Monday at the Bard College Cemetery, his biographer, Blake Bailey, told JTA.

Roth had originally looked into being buried next to his parents at the Gomel Chesed Cemetery in Newark, New Jersey, Bailey said in a phone interview on Friday. However, the area surrounding the Jewish burial ground had in recent years become rife with crime, and Roth was unable to find a plot next to his parents, Bailey said.

Instead Roth decided about 10-15 years ago to be buried at the Bard College Cemetery, where he could be near his friend Norman Manea, a Romanian-Jewish author who works as a professor at the college, Bailey said. Roth was also friends with Bard College President Leon Botstein, who is also Jewish.

“He said he wants to be buried near Jews so he has someone to talk to,” Bailey said.

Jewish author and philosopher Hannah Arendt is also buried in the Bard College Cemetery, next to her husband Heinrich Blucher.

Roth “expressly forbade” any religious rituals from being part of his funeral, according to Bailey.

“There was no metaphysical dimension to Philip. He just flatly refused to believe in it. He thought it was fairy tales,” Bailey said.

Though Roth “was bored out of his mind when he had to attend Hebrew school as a boy,” he was happy to be Jewish, Bailey said.

“He liked Jews as human beings. He liked their warmth, he liked his male friends’ filial piety, which he made a lot of fun of too, in ‘Portnoy’s Complaint’ especially,” Bailey said, referencing Roth’s 1969 novel that depicts the therapy sessions of a sexually frustrated Jewish man.

Philip Roth Won’t Be Having A Jewish Funeral