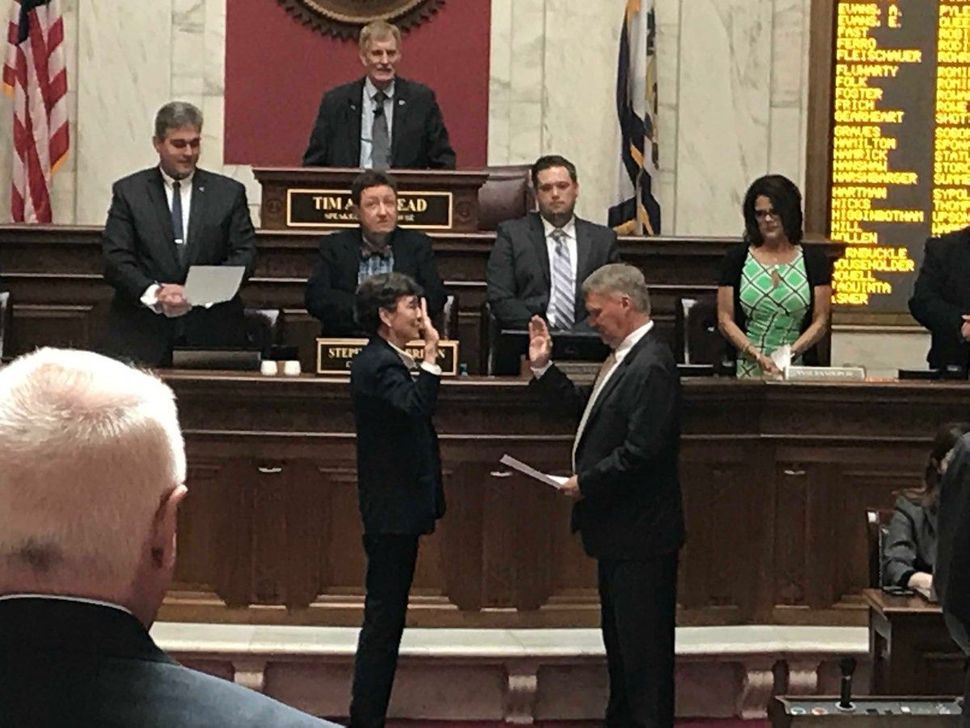 (JTA) — A Jewish woman became the first female to be elected sergeant at arms for the West Virginia state House of Delegates.

She is the first female to hold one of the elected positions in the state legislature – doorkeeper, sergeant at arms and House speaker or Senate president, the local ABC affiliate WCHS reported, citing research by the House clerk.

Lieberman, a native of Charleston, formerly served as a legislative analyst for the Senate Education Committee and as an assistant doorkeeper and assistant sergeant of arms in the House.

Lieberman served as the state chair of www.JewsChooseTrump.org.