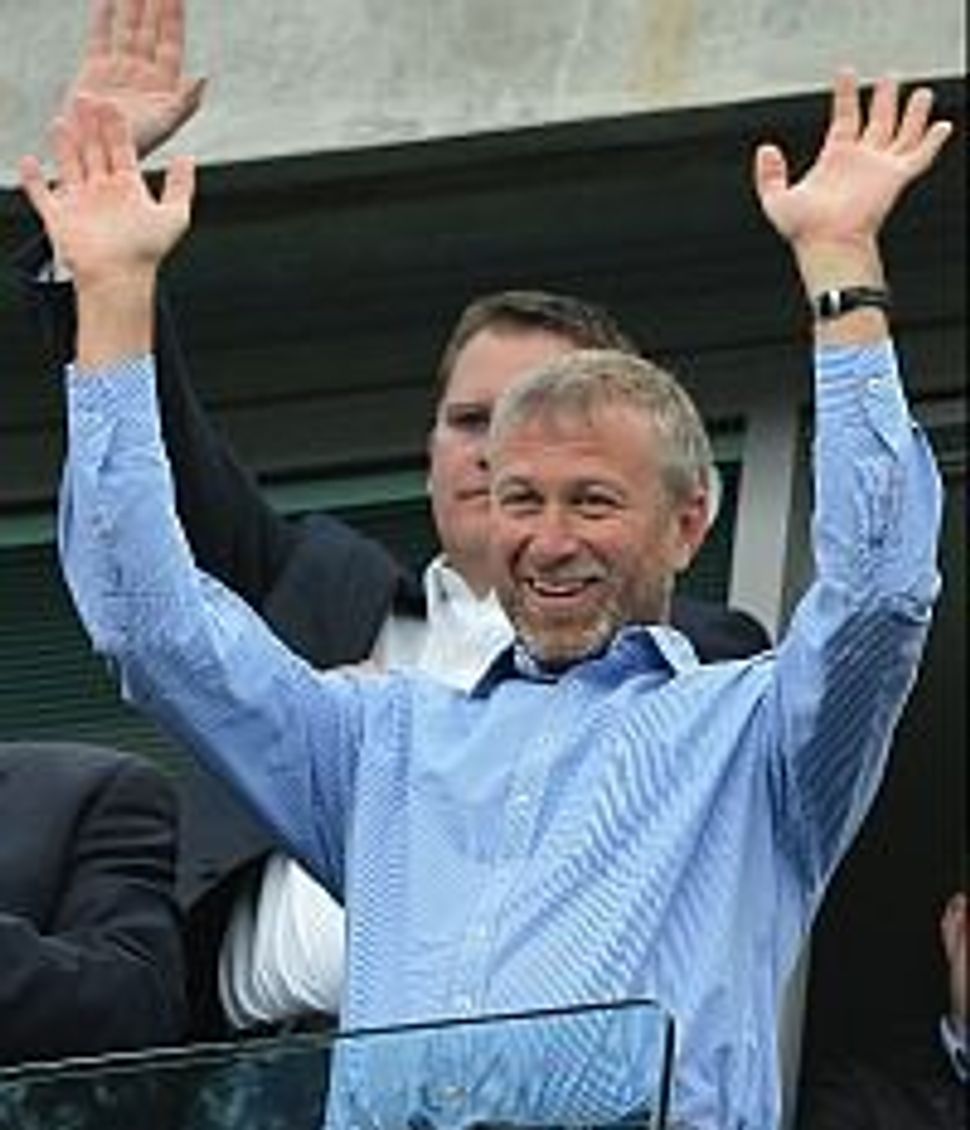 Abramovich arrived in Israel on Monday afternoon, and immediately received Israeli citizenship. He is now eligible to receive and Israeli passport. He left Israel about three hours after taking care of his citizenship, the business daily Globes reported.

He reportedly applied for citizenship from Russia last week. “Roman Abramovich arrived at the Israeli embassy in Moscow like any other person. He filed a request to receive an immigration permit, his documents were checked according to the Law of Return, and he was indeed found eligible,” a spokesperson told Channel 10 news.Abramovich is the owner of the British Chelsea Football Club. He has a net worth of $11.4 billion, according to Forbes magazine, and is now the wealthiest Israeli, as well as the 126th wealthiest individual in the world.
Some have speculated that Abramovich wants Israeli citizenship so that he can enter Britain without a visa. He recently was denied a new visa for the country.

Abramovich’s British visa expired last month, according to the Israel Hayom daily. His previous visa was granted before more rigorous regulations were instituted in April 2015.

Abramovich will have to explain the source of his wealth to receive the new visa, according to reports.