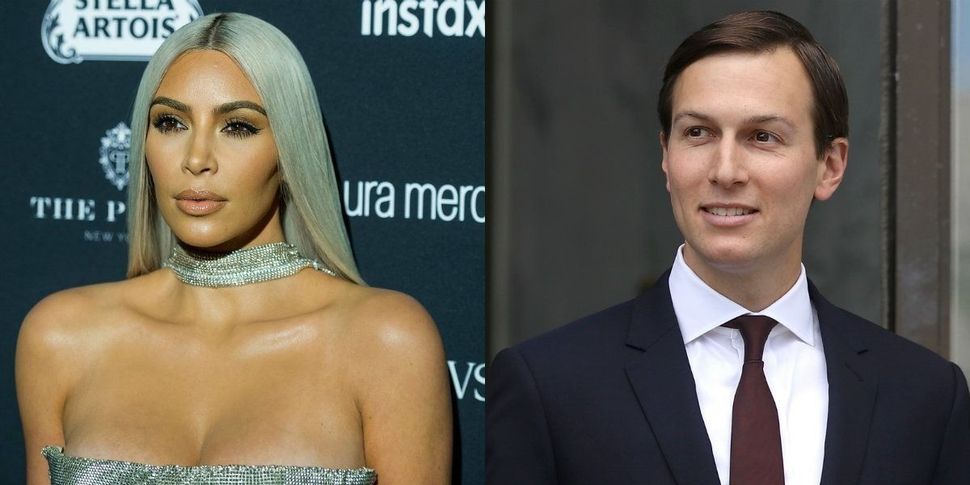 The unlikely duo first met in May to discuss commuting Johnson’s life sentence.

Johnson, a black woman in Mississippi, was sentenced in 1996 to life in prison without the possibility of parole for a first-time drug offense. Kardashian West has been a fierce advocate for her sentence’s commutation, funding lawyers and providing continual advocacy. She met with President Trump last week to discuss prison reform.

After Trump commuted Johnson’s sentence, Kardashian West tweeted her thanks to him and Kushner.

“So grateful to @realDonaldTrump, Jared Kushner & to everyone who has showed compassion & contributed countless hours to this important moment for Ms. Alice Marie Johnson. Her commutation is inspirational & gives hope to so many others who are also deserving of a second chance,” Kardashian West tweeted.

Prison reform has become a prominent issue for Kushner, whose father served more than a year in prison. He threw his support behind a bill called The First Step Act, which aims to better equip inmates for their reentry to society through job-training and drug-treatment programs. The bill would also allow a wider variety of options for nonviolent offenders to serve the final parts of their sentences in.