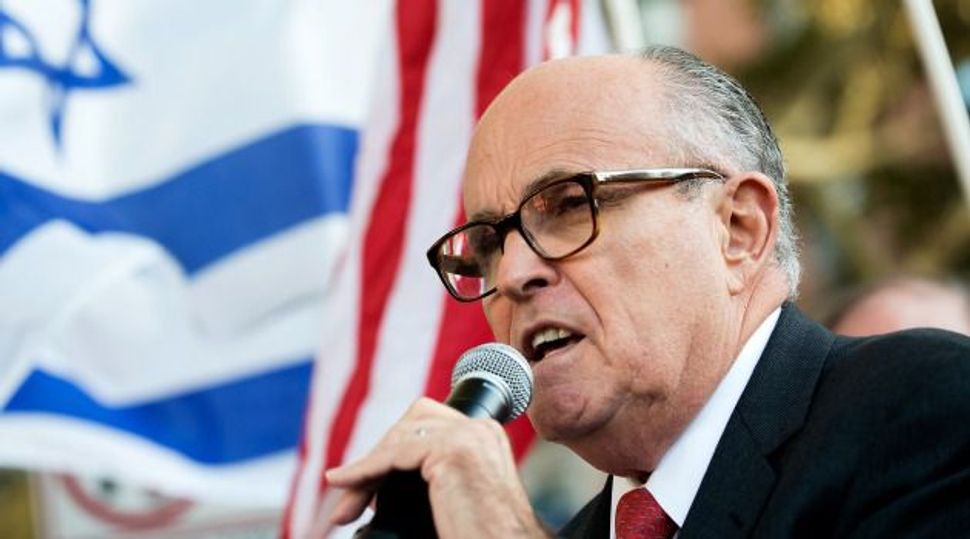 Anger Over Art: Ex-New York Mayor Rudy Giuliani denounces ‘The Death of Klinghoffer’ at a rally outside the opera’s debut at the Metropolitan Opera in New York. Image by Getty Images

Rudy Giuliani is mixing business with pleasure on his tip to Israel.

Guiliani, the former New York mayor and one of President Trump’s personal lawyers, was in Israel this week for a business conference, but on Wednesday, he found some time to let loose.

At a restaurant in Mahane Yehuda, an open-air marketplace in the center of Jerusalem, Giuliani was filmed dancing to the Major Lazer song “Watch Out For This” (feat. Busy Signal, The Flexican, and FS Green) with a few female customers, and whipping a cloth napkin over his head.

The footage was posted to Twitter on Wednesday by Yael Freidson, a reporter for the Israeli newspaper Yedioth Ahronoth.

Giuliani may have cracked down on dance clubs as mayor, but it’s clear that he knows how to have a good time.