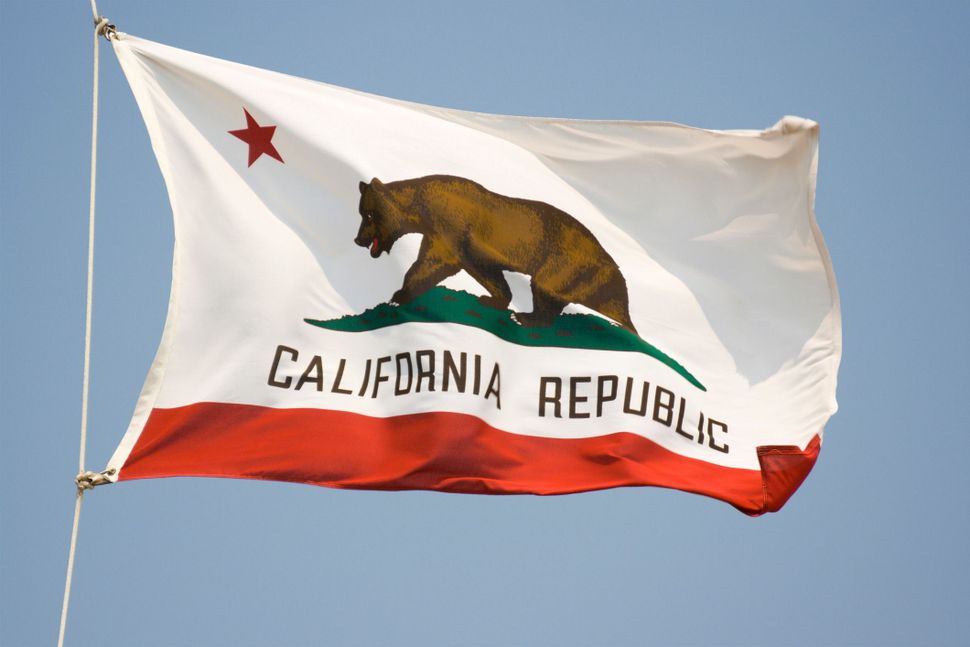 The flag of California. Image by YangYin / iStock

Even without the support of the California Republican Party, an anti-Semitic Republican running in the state’s 11th District northeast of Oakland has advanced to the general election.

John Fitzgerald won 24.8% percent of the vote in Tuesday’s primary, nearly twenty points higher than the third-place candidate and good enough to help him advance to November due to the state’s top-two primary system. He will face Democratic incumbent Rep. Mark DeSaulnier.

Fitzgerald’s campaign website includes false claims that 9% of U.S. government officials are dual citizens of Israel and that Jews played a “prominent role” in the African slave trade, and celebrates a “courageous” elderly German woman who was sentenced to two years in prison for denying the Holocaust.

“Why is the holocaust the ONLY historical issue that cannot be questioned without fear of fines and/or imprisonment in eighteen countries–and counting– throughout the world?” Fitzgerald wrote on May 16.

“As always, California Republicans reject anti-Semitism, and all forms of religious bigotry, in the harshest terms possible,” the chairman of the state party, Jim Brulte, said last month. “We reject John Fitzgerald’s campaign and encourage all voters to do the same.”