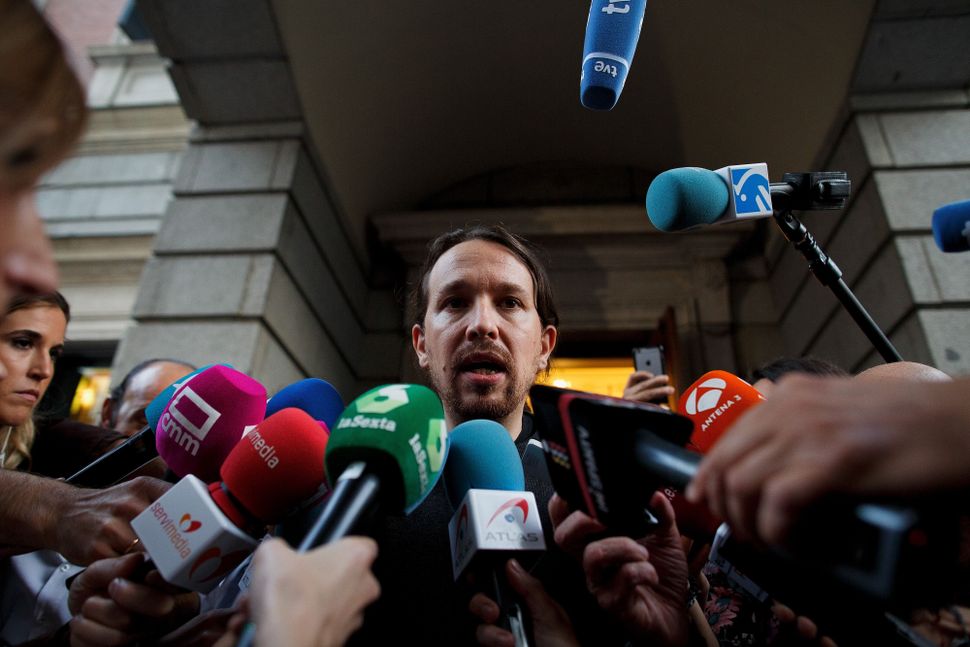 Pablo Iglesias Turrión, leader of the Podemos far-left party, said this in an interview earlier this week on RTVE. “We need to act more firmly on an illegal country like Israel,” said Iglesias Turrión, whose party in 2015 won 20 percent of the votes in the general election just one year after its creation.

Last week, a motion promoted by a local fraction of Podemos on the city council of Valencia, Spain’s third-largest city, was passed declaring a boycott of Israel and Valencia a “Israeli apartheid-free zone.”

Podemos has called for a blanket boycott of Israel and has accused its government many times of pursuing apartheid-like policies. However, calling Israel’s existence illegal is a new development.

ACOM, a Spanish pro-Israel group, said that Iglesias Turrión’s statement reflects anti-Semitism because Podemos does not consider any other country in the world illegal but Israel. ACOM also said that it has initiated legal proceedings against Valencia over its vote to joing the Boycott, Divestment and Sanctions movement. In recent years ACOM actions have led to the scrapping, annulment or suspension of 24 motions to boycott Israel by Spanish municipalities.