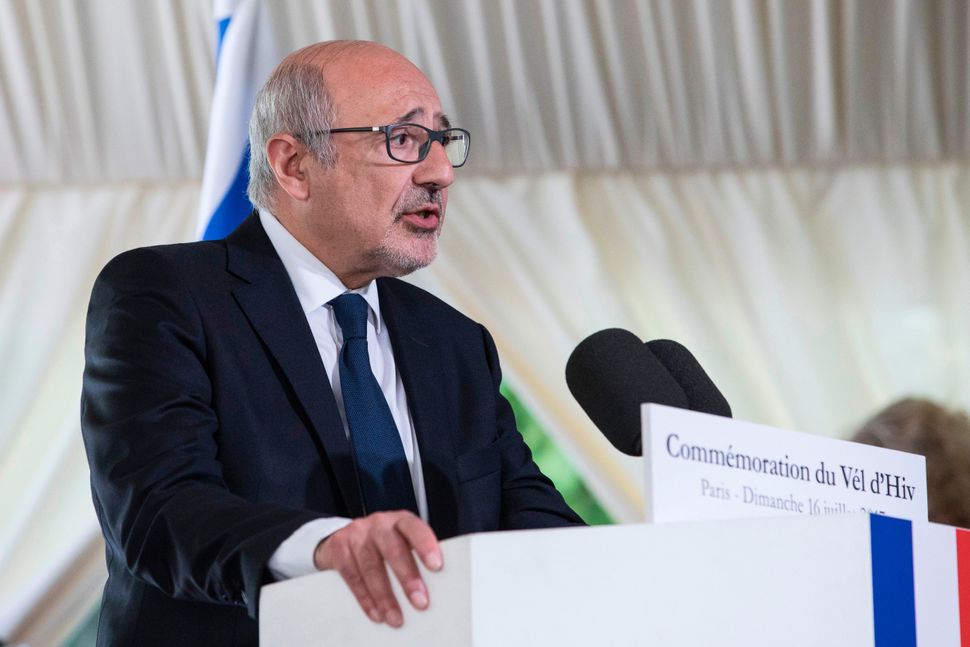 Update, 1:15 p.m.: On Tuesday afternoon, the signs for Nabka Alley were ordered removed by the mayor of the Bezons municipality in the northwestern Paris region. Dominique Lesparre made the order at the request of the top central government official for the Val-d’Oise region, who said they could “seriously disrupt public order,” according to reports. Graffiti had been painted on the signs after their installation on Monday.

(JTA) — A municipality near Paris named a street for the “nakba” — an Arab-language word that means “catastrophe” and which many Palestinians use to denote Israel’s creation.

The mayor of the municipality of Bezons in the northwestern Paris region, Dominique Lesparre, unveiled the sign for Nakba Alley on Monday. Under Lesparre, who is a communist politician, the municipality also declared David Ben-Gurion, Israel’s first prime minister, a “war criminal” for “deporting” hundreds of thousands of Palestinians.

Some 700,000 Palestinians left what is today Israel in 1947 and 1948 amid a war fought by Palestinian militias and later seven Arab armies against Israel following its declaration of independence. Many Palestinians left their homes on orders from their leaders, who promised they would return swiftly following victory of Israel’s army. Some, however, were chased out by Israeli forces.

Francis Kalifat, the president of the CRIF umbrella group of French Jewish communities, called the declaration and the street sign “false declarations, shockingly irresponsible and dangerous. They encourage anti-Semitic violence, which is now given false historical justification,” he wrote in a statement.