Monument Dedicated To Hundreds Of Jews Killed In Poland During WWII 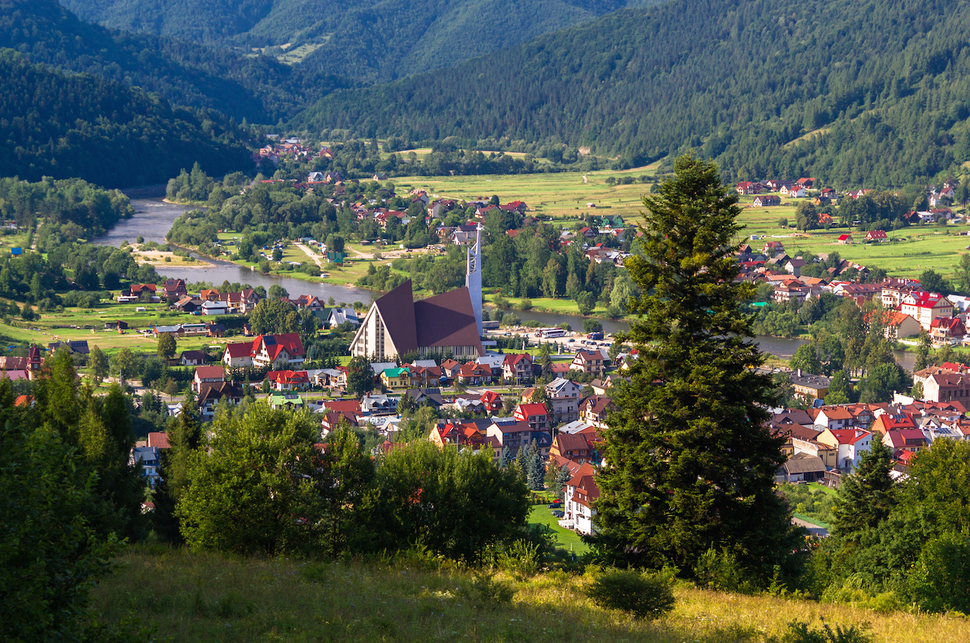 WARSAW, Poland (JTA) – Local officials and residents attended the dedication of a monument to commemorate the Jews from a village in southern Poland.

Dozens of people attended the ceremony on Sunday in the Jewish cemetery in Krościenko, including representatives of Jewish organizations.

Dariusz Popiela, a Polish Olympian who was the 2017 national champion in the canoe/kayak slalom and the silver medalist at the European Championships, spearheaded a project to restore the memory of “the forgotten neighbors” as part of the Shtetl of Tzanz project of the Nomina Rosae Foundation.

“For many years I trained on the canoe track, not knowing that a few dozen meters away is a collective grave of Krościenko residents,” Popiela said during the ceremony.

The monument at the cemetery looks like a broken Jewish gravestone with the names of 246 Jews who were murdered there during World War II. Popiela collected money for the monument online.

According to Popiela, the most important part of the project is the possibility of “getting out of oblivion and putting on the monument the names and surnames of all Jewish Krościenko residents, resisting the plans of their murderers to erase their memory.”

The cemetery in Krościenko was destroyed during World War II. The gravestones – as in many other places throughout Europe – were used to build sidewalks, and to pave roads. At the cemetery during the war, Germans also carried out mass executions.

In advance of the dedication of the memorial, the cemetery was cleaned up and fenced in.

Monument Dedicated To Hundreds Of Jews Killed In Poland During WWII