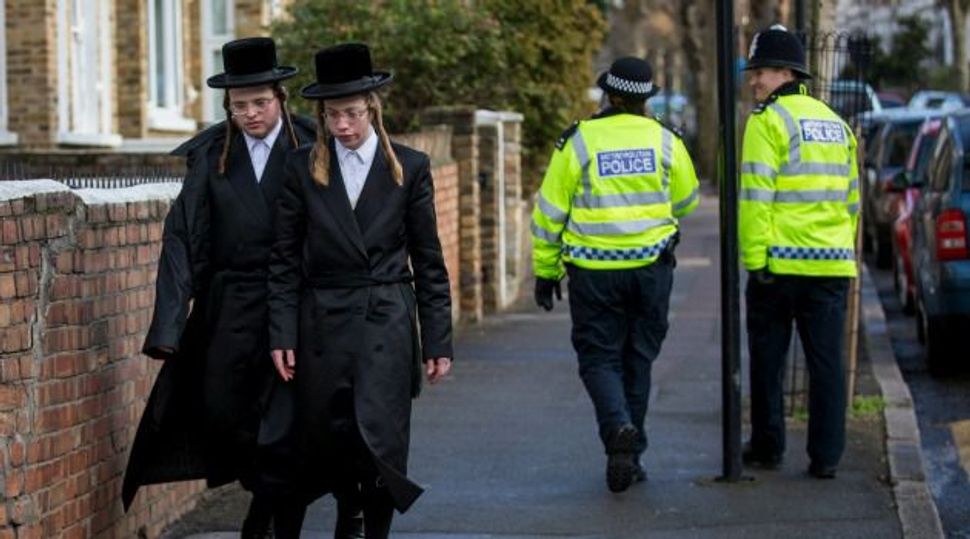 (JTA) — A woman was arrested in a London neighborhood for running after Jewish children while brandishing a knife and shouting “I want to kill all you Jews.”

The incident took place on Sunday evening in Stamford Hill, which has a large haredi Orthodox population. Some 15 children aged 8 to 15 were walking home from a local synagogue following the evening prayer service.

London Police were alerted to the threat by the Shomrim neighborhood watch group, according to the London-based Jewish Chronicle.

The woman, 47, was arrested on suspicion of a “racially aggravated public order offense,” police told the newspaper. She was sent for a mental health evaluation.

Police said the incident was not terror related.