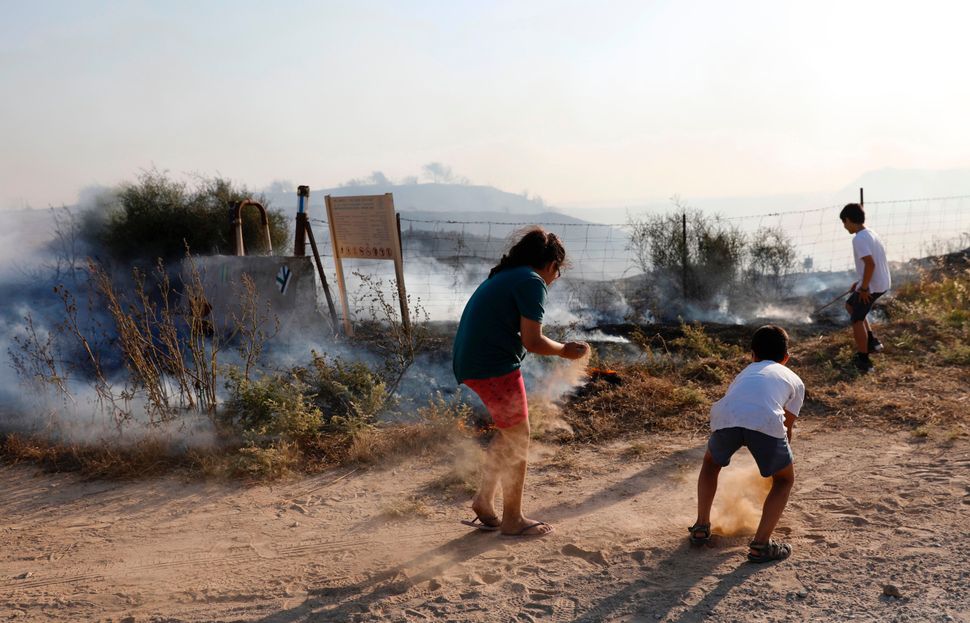 In response to the fire kites, fire condoms and fire balloons that have been sent from Gaza to burn Israeli property in the past week, the Israeli military have carried out five strikes in 24 hours on Palestinians in Gaza.

According to Haaretz, the IDF said the strikes were on Hamas targets in Gaza and on Palestinians who were preparing to send further fire vessels across the border. According to the spokesman, they prevented many launches and wounded three Palestinians.

Palestinian sources said that further attacks — using drones and artillery — were carried out on Hamas positions in the Bureij refugee camp.

Meanwhile, firefighters in Israel said they were combating 26 fires in Israeli communities near the Gaza border.

Earlier this month, Israeli officials estimated that the cost of fighting fires and damage to agriculture would total approximately $2.5 million.

Public Security Minister Gilad Erdan said Thursday that Israel might be forced to launch a “large-scale military operation” in Gaza. Erdan added that those launching burning kites from Gaza should be shot regardless of their age: “age doesn’t matter, they’re terrorists and the danger they create must be prevented.”