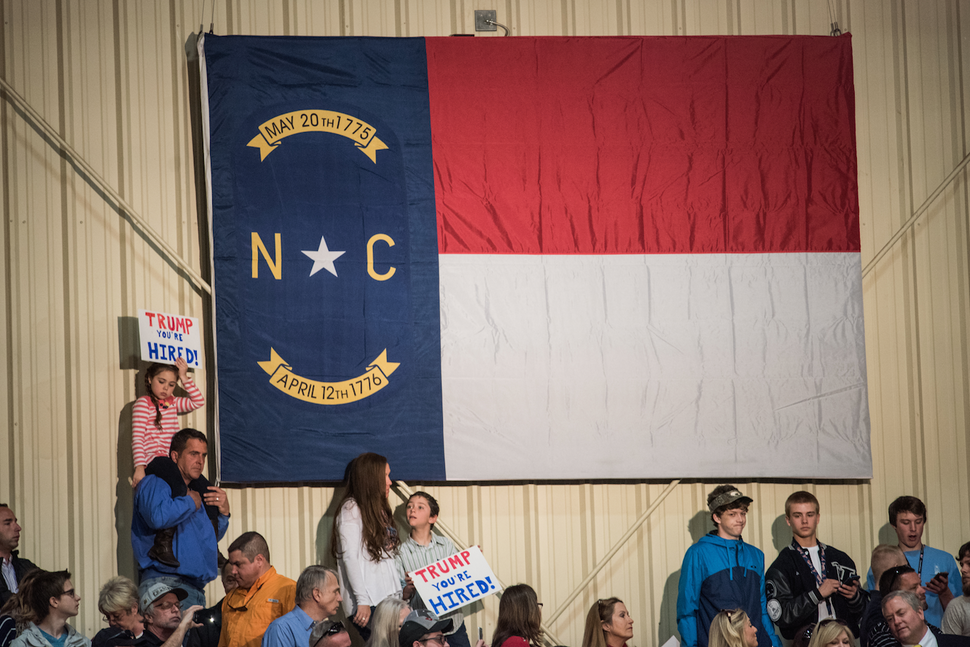 A Republican state legislature candidate in North Carolina wrote on his website that God is a racist white supremacist and that Jews descended from Satan, The Charlotte Observer reported.

Russell Walker is running for state House District 48, which includes Scotland and Hoke counties. The North Carolina Republican Party withdrew its support for him on Tuesday.

“What is wrong with being a white supremacist? God is a racist and a white supremacist,” the website connected to Walker says. “Someone or group has to be supreme and that group is the whites of the world … someone or something has to be inferior … In all history in sub-Saharan Africa, no two-story building or a waterproof boat was ever made.”

Walker has written multiple essays and other articles on the site, called Christ Descended from Joseph, which he has said belongs to him, according to The Observer.

He also has carried signs during a protest outside a North Carolina newspaper’s office that said: “What is wrong with being a racist” and “God is racist.”