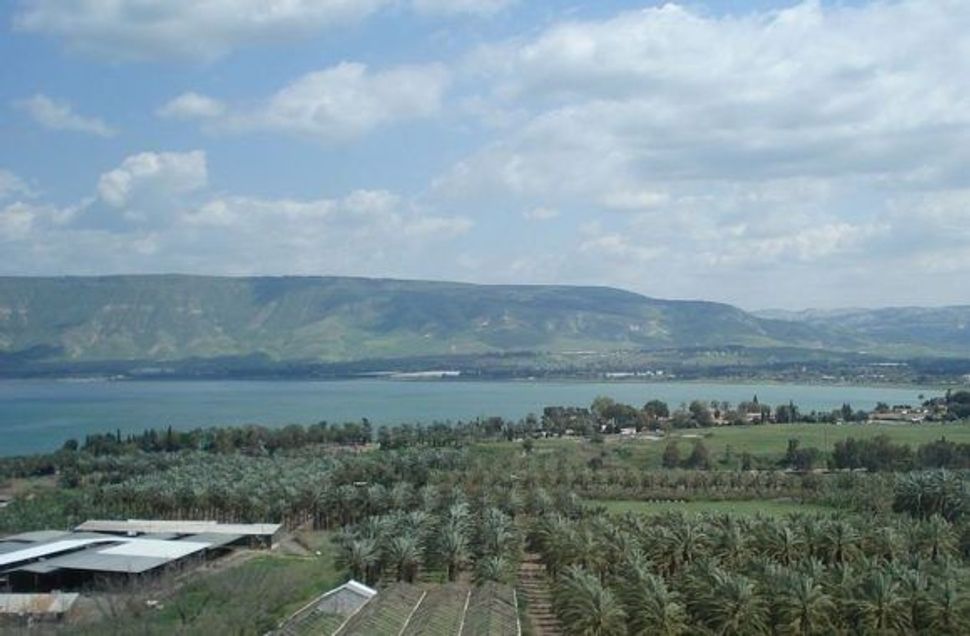 JERUSALEM (JTA) — Several earthquakes, including one measuring 4.2 on the Richter scale, jolted the Sea of Galilee in northern Israel on Wednesday morning.

Most of the earthquakes, known as a swarm, were small and unnoticeable. But at least one measured in at 4.1 at about 4:50 a.m., according to the Geophysical Institute of Israel. The earthquake was located about 4 kilometers underground.

Many people reported feeling the quake, from nearby areas such as Tiberias, and as far away as Raanana, in central Israel.

The Sea of Galilee is located on top of the Dead Sea Fault, also known as the Great Rift Valley, which runs from Africa to Turkey.