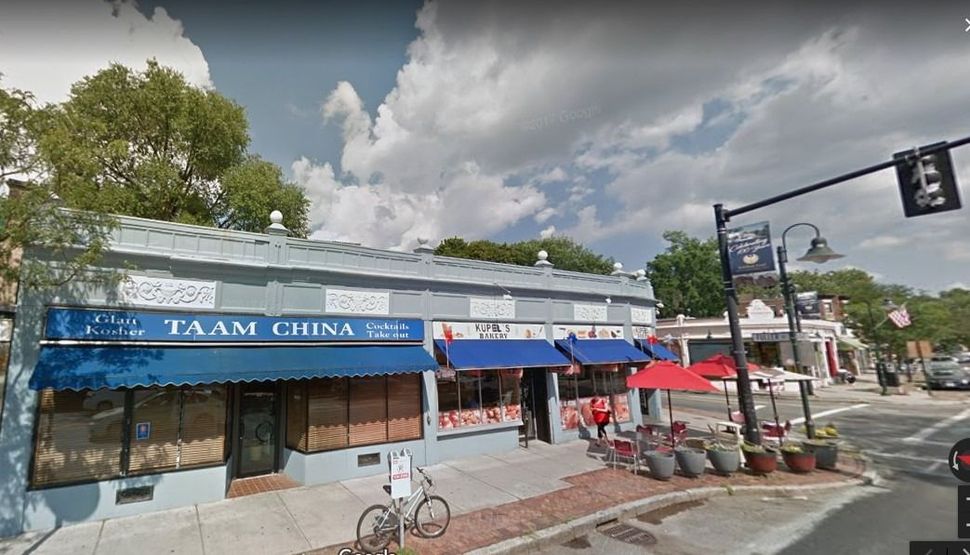 (JTA) — A kosher restaurant in suburban Boston will be allowed to remain open even though one of its owners has been charged with illegally recording his customers as they used the bathroom.

Owner Tze Chung, 63, who owns the popular Taam China restaurant in Brookline, Massachusetts, may have recorded customers up to 20 separate times beginning as early as 2015.

The Select Board of the town of Brookline, last month agreed to allow Taam China to keep its restaurant license during a meeting to discuss whether or not to shut the kosher restaurant down.

Among the conditions needed to be met to keep the restaurant open is that Taam China must hire a new manager, and that Chung may not visit the restaurant. The restaurant must come before the Select Board in two months and present its   reorganization and ownership status.

The charges against Chung were levied last month after he was charged in May in the rape of a 12-year-old girl. Chung, who has run the restaurant for 20 years, is accused of primarily recording a waitress at the restaurant whom he used to see romantically, according to The Boston Globe. She did not know she was being recorded. He is out on bail and must wear a GPS bracelet.

The restaurant’s chef, Tai-Sheng Ying, owns a 50 percent stake in the business.

Members of the Jewish community came to the meeting to support Taam China, since there are few kosher restaurants in the area.