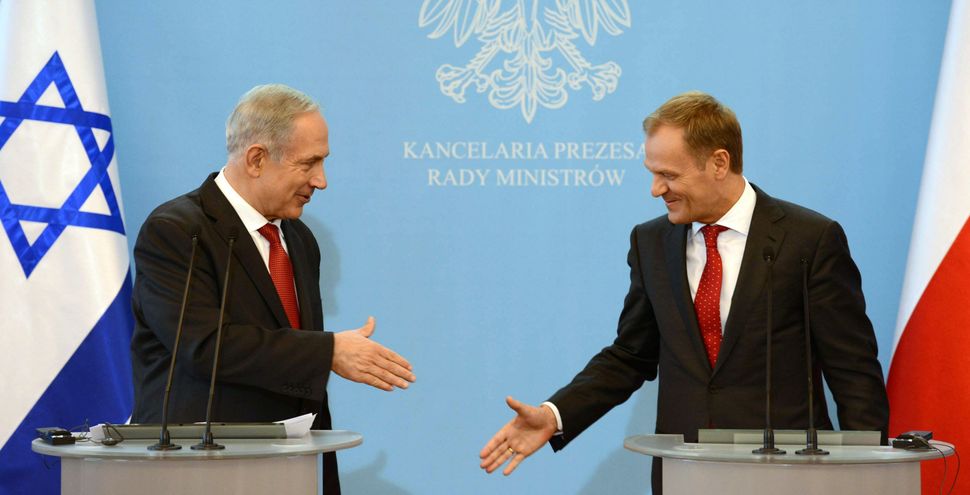 Israel’s main Holocaust memorial criticized as historically inaccurate on Thursday a joint statement by the Israeli and Polish prime ministers aimed at ending a dispute over Holocaust legislation in Poland.

The Jerusalem-based center, Yad Vashem, challenged in particular the validity of the leaders’ assertion that the Polish underground and government-in-exile in World War Two came to the aid of Jews facing death at the hands of the Nazis.

Last week, Poland’s ruling conservatives watered down the proposed law, which had drawn Israeli and U.S. condemnation, and removed the threat of jail terms for anyone suggesting the nation was complicit in Nazi crimes against the Jews.

During the war, Jews from across Europe were sent to death camps built and operated by Germans in Nazi-occupied Poland — home to the continent’s biggest Jewish community at the time — including Auschwitz, Treblinka, Belzec and Sobibor.

After the law was amended, Israel’s Benjamin Netanyahu and Poland’s Mateusz Morawiecki said in a statement that their countries were “friends and partners” and rejected blaming Poland or its citizens for atrocities committed by the Nazis or collaborators in other countries.

Their statement went on to praise the wartime Polish government-in-exile.

But Yad Vashem said its own “thorough review” showed “that the historical assertions, presented as unchallenged facts, in the joint statement contain grave errors and deceptions.”—Reuters