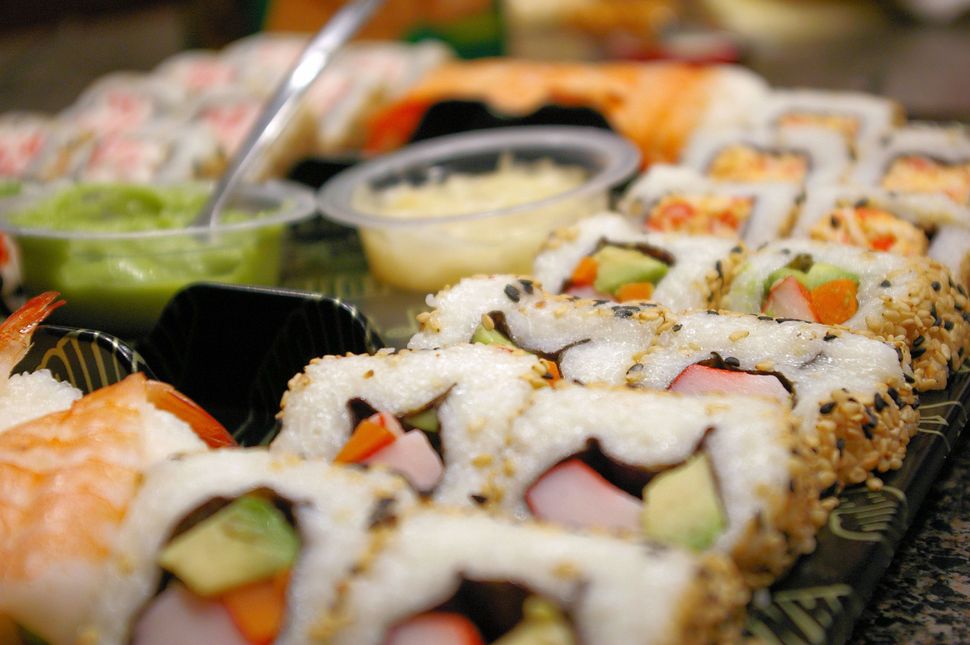 The news site Jewish.ru reported on Tuesday of the opening in Moscow by the Kosher Gourmet kosher food supermarket of the new restaurant, Kosher Pirate.

Located halfway between the Marina Roscha Synagogue and the nearby Jewish Museum and Tolerance Center in northern Moscow, the new restaurant offers more than 100 kinds of sushi rolls, including ones fusing Japanese and Middle Eastern cuisine, like the “shakshuka fusion” variant. Another specialty is sushi with a kosher caviar imitation, combining traditional Russian a Japanese foods.

Sushi is arguably the favorite fast food for Russian city-dwellers who can afford it, with hundreds if not thousands of restaurants selling the rice-based rolls in Moscow alone. Accordingly, many of the country’s dozens of kosher restaurants have been offering it on their menus for years, including the L’Chaim restaurant in St. Petersburg and Jaffa in Moscow.

But the opening of a dedicated Japanese restaurant serving sushi almost exclusively is a new development in Moscow, and possibly in Russia as a whole. Kosher Pirate does offer four non-Japanese dishes: Pizza, Solyanka soup, Caeser salad and Uzbekistani dumplings. Kashrut is under the Kosher Russia label supervised by Russian Chief Rabbi Berel Lazar.

Many of its sushi items are named after Israeli places, including cities with many Russian-speaking immigrants, including Ashdod, Kiryat Yam, Netanya, Eilat and Haifa.