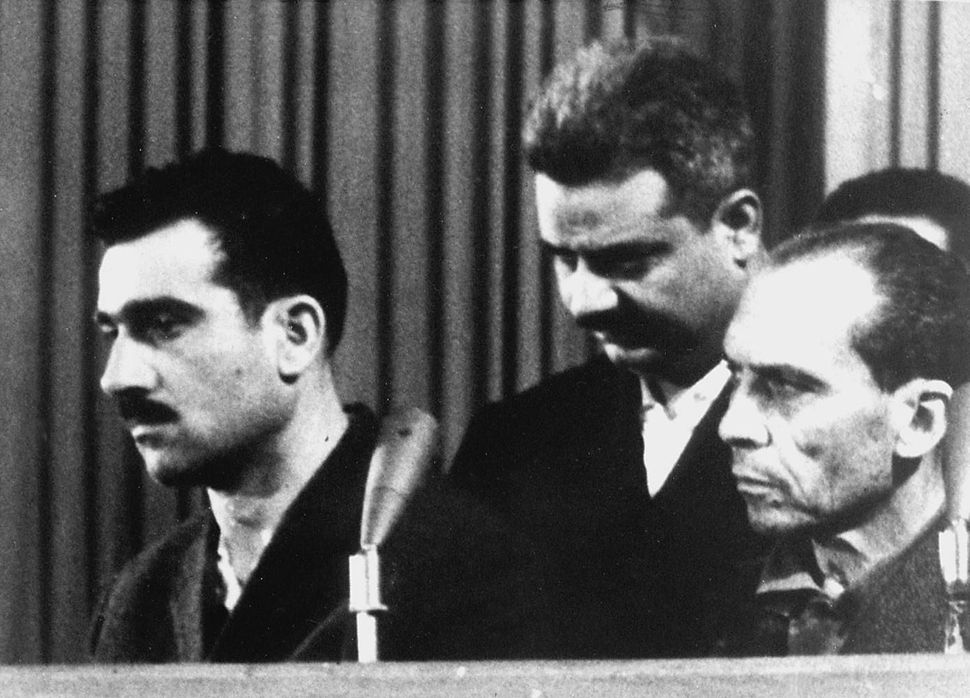 (JTA) – Half a century after the execution in Syria of the Israeli spy Eli Cohen, Israel’s intelligence services retrieved his wristwatch and returned it to his family, they said.

The wristwatch was retrieved in a recent “special Mossad operation,” a statement by the Prime Minister’s Office Thursday said.

During the annual memorial ceremony for Eli Cohen, which was held several weeks ago, Mossad Director Yossi Cohen returned to the Cohen family the wristwatch that Eli Cohen used in Syria.

The watch is currently on display at the Mossad headquarters as a memorial to the late spy. In September, on the Jewish new year, or Rosh Hashanah, it will be transferred to the custody of the family of the “legendary fighter,” as the statement described Cohen.

After Eli Cohen’s execution on May 18, 1965, the wristwatch remained in “an enemy state,” the statement said. “Research and intelligence operations were carried out which culminated in the unequivocal determination that this was indeed Eli Cohen’s watch,” it also said.

Sophie Ben Dor, the daughter of Eli Cohen, told 103FM radio that the watch was put on sale online and that a Mossad agent traveled to Syria to buy it there after authenticating it.

Levi Eshkol, the late Israeli prime minister, credited the information provided by Cohen with saving countless Israeli lives and “having a great deal to do” with Israel’s victory in the 1967 Six Day War. Among other information he supplied was that Syrian military installations were often found in the shade of eucalyptus trees, allowing for a great improvement in target acquisition in Syria.