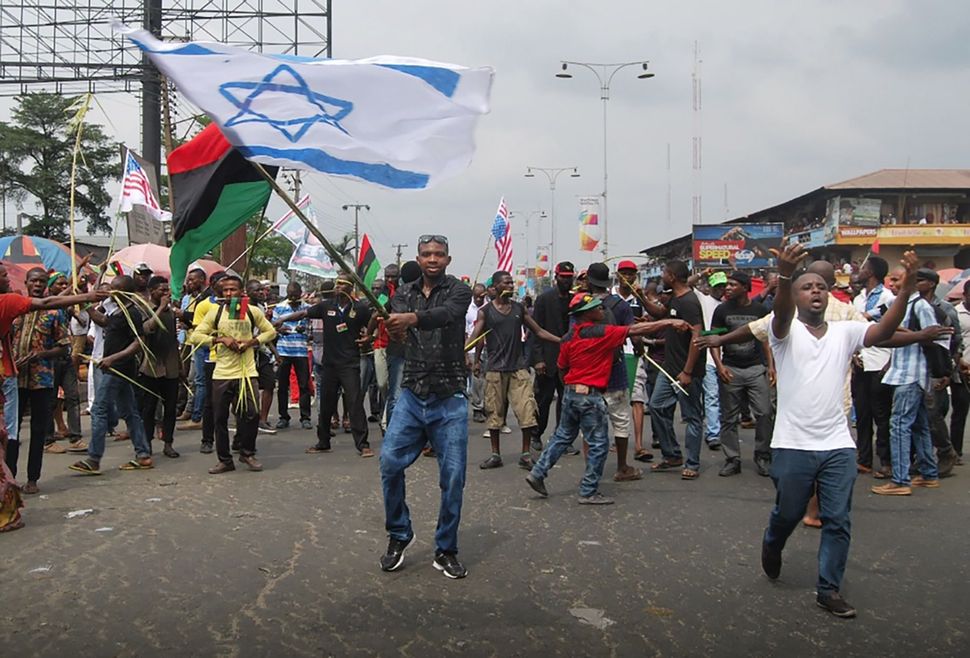 JERUSALEM (JTA) — A Nigerian woman and her four children were deported from Israel on Sunday night after they spent three weeks in an Israeli prison.

The case of the woman, identified as Marcy, who had been in Israel illegally since 2010, gained public attention after her children were brought to prison three weeks ago, after school let out for the summer. The children range in age from two to seven years old.

Marcy had defied several court orders to leave the country. She left on Sunday night after being persuaded by Nigerian diplomats in the country, one which accompanied her on the flight back to Nigeria, Israel’s Channel 10 News, which first reported the woman’s story, reported Sunday night. He husband was deported a year ago.

“The long stay of the mother and her children in custody was initiated by the mother, who could have flown to Nigeria many days ago,” Israel’s Immigration and Population Authority told Channel 10 in a statement. “The mother preferred not to cooperate and to stay with her children in prison in order to exert pressure on the decisions of the Israeli courts.”

Marcy wanted to remain in Israel, even if it meant being in prison, in order to get her son medical treatment for what is reported as severe asthma, though reports of his condition have varied.

Two other children also were incarcerated with their mother, a migrant from Ethiopia, in the Givon Prison, Channel 10 reported. They are ages 1 and 3.

Prison staff have brought toys, books and candy for the children to the prison, which is not equipped to handle young children, according to local reports.