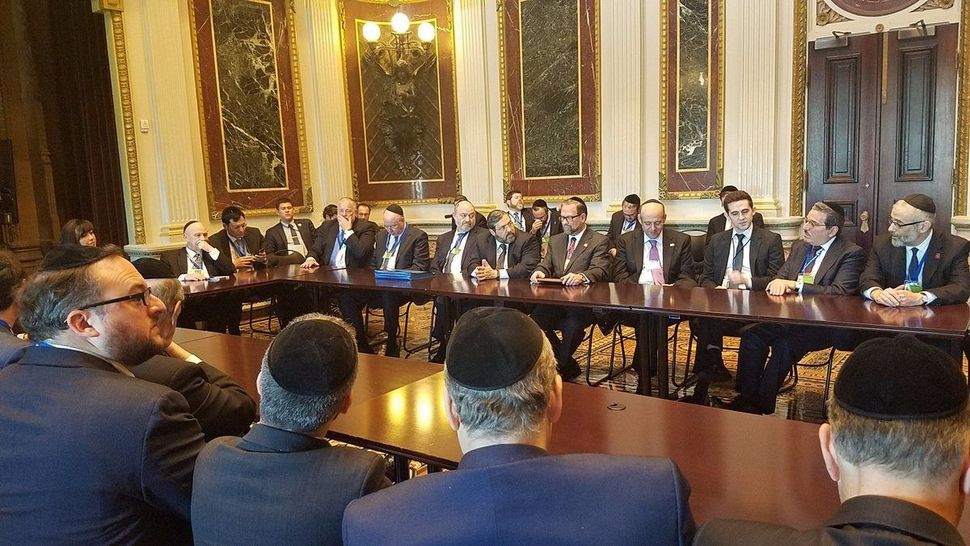 Agudath Israel board members at the White House Image by twitter

The Post reports that Zwiebel argued union teachers are “too expensive” and sometimes “unsuited for religious environments.”

The removal of UFT teachers could heighten concerns over the quality of secular education offered at private yeshivas. Agudath Israel has previously worked with state Sen. Simcha Felder on exempting yeshivas from state-mandated standards for secular education.

“It seems odd that they are pushing for this amid the outcry over the quality of their secular education,” a UFT source said to The Post. “Less oversight does not sound like a good idea.”

Zwiebel pushed back against this argument, calling it “offensive” and “absurd.”

“The union is facing the prospect of having a good number of their teachers transitioned out,” he said to the Post. “That’s difficult for them to swallow.”

The 244 jobs were ultimately protected by the DOE for at least another year, following UFT advocacy.

“Our private-school students deserve experienced, highly qualified teachers and support staff,” Jennifer Czerwin, UFT chapter leader for the nonpublic-schools unit, said to The Post. “We are pleased the city’s Department of Education recognized this and preserved these students’ rights to equitable service.”