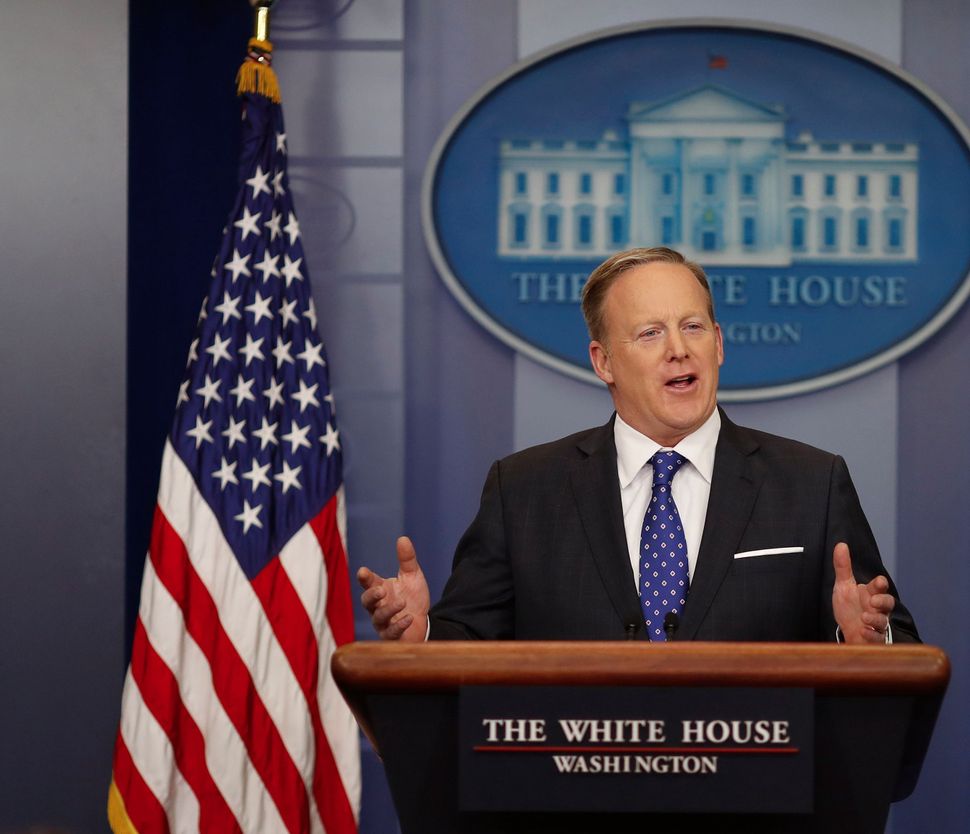 That ignored the use of gas chambers at concentration camps — which Spicer went on to clumsily call “Holocaust centers.”

“(Mattis) noted that not even Adolf Hitler had dared to use chemical weapons on the battlefield…,” Spicer explained in the book, according to quotes obtained by Jewish Insider. “When I went into the briefing room to begin the daily briefing, echoes of Mattis’s words were still with me…”

“I was doing well, talking about the president’s reaction and concern,” he continued. “But then came the sixteenth question [about Assad]… I thought to myself, ‘I got this.’ But instead of staying on the messages that had been working just fine, I tried to turn it up a notch…”

That’s when Spicer said he noticed the shift in body language within the room from reporters and White House staffers.

“I was beginning to realize I had misspoken badly… Then I noticed a calendar on my computer. It read, ‘First day of Passover.’ Reince [Priebus] came into my office. ‘Remember the first thing you taught me in media training?’ he asked. ‘Yes,’ I said sheepishly. Never compare anyone to Hitler.”