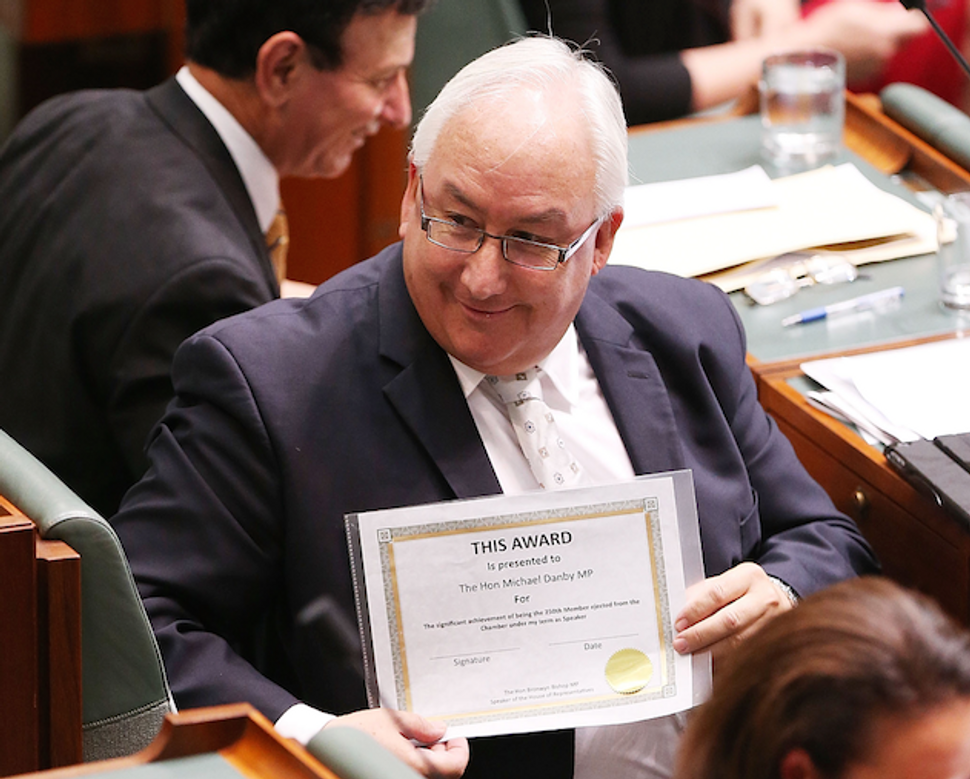 (JTA) — Vandals defaced the headquarters of a Jewish-Australian lawmaker with anti-Israel and pro-Palestinian slogans.

The glass doors of Michael Danby’s storefront headquarters in Melbourne on Saturday evening were plastered with stickers accusing the pro-Israel member of parliament of being “silent on apartheid” and “the mass murder of unarmed men, women [and] infants.” The group Justice for Palestine Brisbane posted a photo of the stickers along with the comment “now Federal Labor MP Michael Danby’s office gets plastered!”

It is unknown if the group was responsible for the damage.

“We deplore in the strongest terms this repugnant vandalism and anti-Semitic propaganda, which is a direct attack on Mr. Danby and on democracy, and which has absolutely no place in our nation,” Dvir Abramovich of the Australian Anti-Defamation Commission was quoted as saying by The Times of Israel. “The individuals who committed this cowardly act of hate have crossed the line. We call on leaders across the political spectrum to express their outrage at this vicious and obscene assault against an elected representative, and to say that such vile conduct is unacceptable in any circumstance.”

Danby came under criticism in October for using taxpayer money to pay for ads criticizing alleged anti-Israel bias by the state-owned Australian Broadcasting Corp. Danby justified the use of taxpayers’ money to make them aware of the government-funded ABC’s bias.

He said the leader of the Labor Party, Bill Shorten, made the point when the two met “that ads weren’t the most subtle way of communicating the message.”