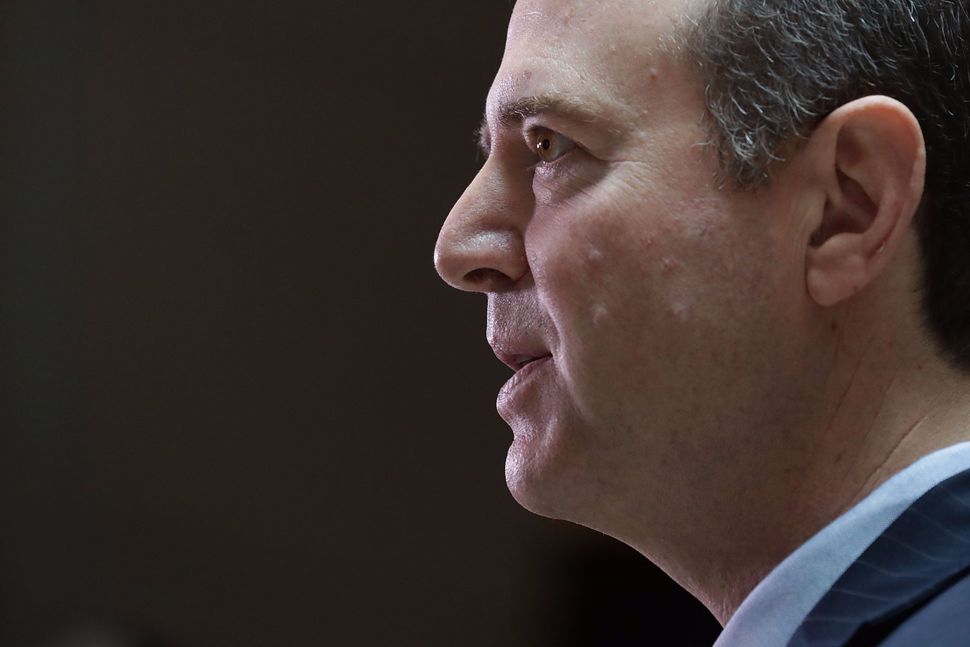 As the ranking Democrat on the House Intelligence Committee, Schiff has become one of the most prominent critics of Trump, even garnering himself the nickname “Liddle Adam Schiff” from Trump.

Finally, Liddle’ Adam Schiff, the leakin’ monster of no control, is now blaming the Obama Administration for Russian meddling in the 2016 Election. He is finally right about something. Obama was President, knew of the threat, and did nothing. Thank you Adam!

Most recently, Schiff said that Trump acts like “someone who is compromised” by Putin.

But despite heated tweets and insults lobbed back and forth, a senior Trump administration official reportedly told Axios that Trump was impressed by Schiff’s opening statement in the Comey hearing.

According to Axios, in September or October, about six months after the actual hearing, Trump told an aide how “impressive” he found the statement.

“Trump was like, ‘I watched that [Schiff’s statement] and thought I had committed a crime!’” A source that discussed the events with Trump told Axios.

In the meantime, the two continue to exchange candid thoughts and reactions on Twitter.

Wrong again, Mr. President, no matter how many times you repeat it.

Investigation began when the FBI learned one of your other foreign policy advisors, George Papadopoulos, had been informed Russians had stolen emails and were prepared to help your campaign by releasing them. https://t.co/dNYrTFOQVB

Juliana Kaplan is a news intern at The Forward. Email her at [email protected] or follow her on Twitter, [@julianamkaplan](https://twitter.com/julianamkaplan