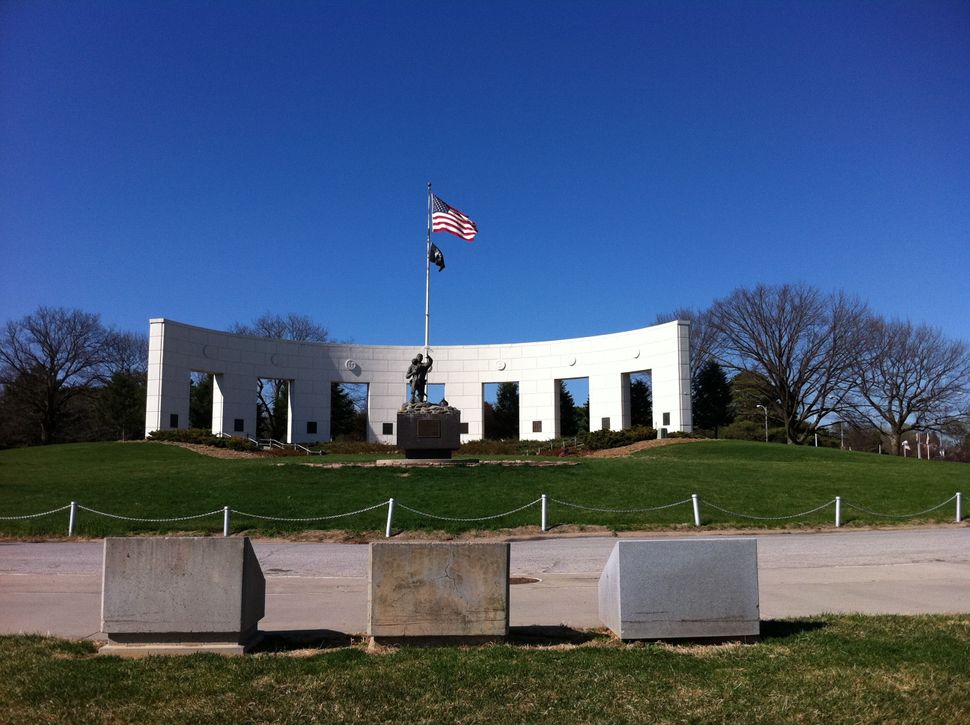 A giant swastika was burned into the lawn of a park in Omaha, Nebraska, WOWT News reported Sunday.

The Nazi regime symbol was burned into the Memorial Park lawn, a place that honors American soldiers who fought against Nazi Germany in World War II.

Park maintenance tilled the defamed patch of grass, according to WOWT, and locals decorated the spot with American flags and flowers.

The Omaha Parks director said the patch of grass will be reseeded Monday.

The Plain States Region of the Anti-Defamation League said it is working with Omaha police to suppress hate speech.

The incident took place less than a week after neo-Nazi books were left in small outdoor local libraries across town.