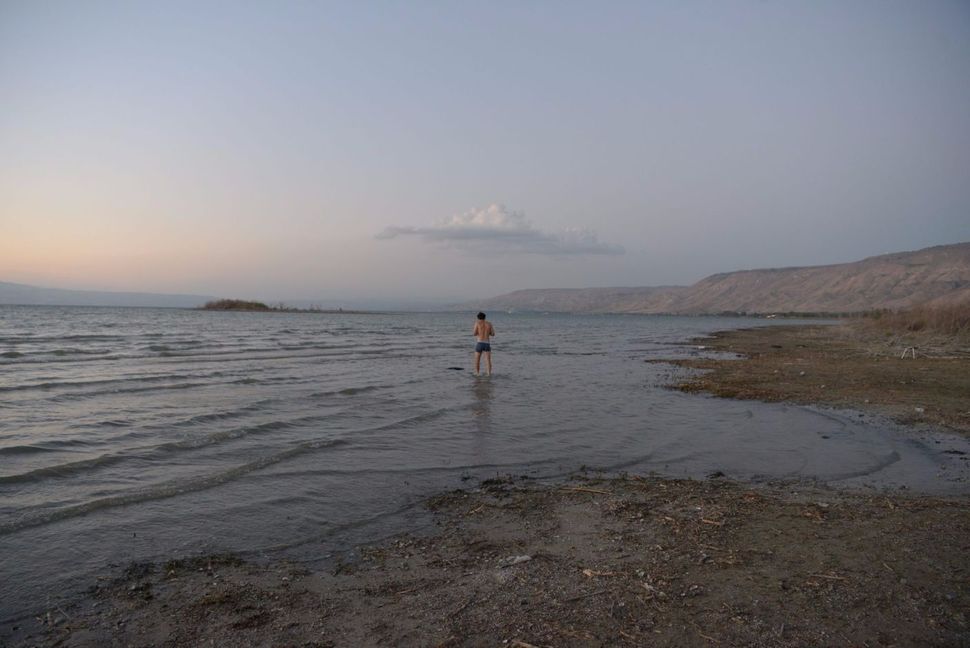 Sea of Galilee Image by Haaretz

JERUSALEM (JTA) — Israel struck the rocket launcher in Syria used to shoot two rockets at Israel that landed in the Sea of Galilee.

The area near the launcher also was targeted with artillery equipment on Wednesday night. according to the IDF.

The destroyed rocket launcher and several soldiers killed in the attack were members of ISIS, or the Islamic State, the Russian news agency Sputnik reported. The news agency reported that ISIS was attempting to hit Syrian army positions but accidentally struck Israel with the two rockets that landed in the Sea of Galilee when it was full of swimmers and vacationers.

Israel Defense officials believe, however, that the Islamic State, which was under attack from the Syrian army from the north and east, intentionally hit Israel so that it would strike Syria in retaliation, Ynet reported.

“The IDF will act against any attempt to violate the State of Israel’s sovereignty and undermine the security of its citizens,” the IDF said in a statement.

Stray rockets and mortars have landed in the Israeli Golan in the past as a result of fighting in Syria’s on-going civil war. But none have reached as far as the Sea of Galilee.