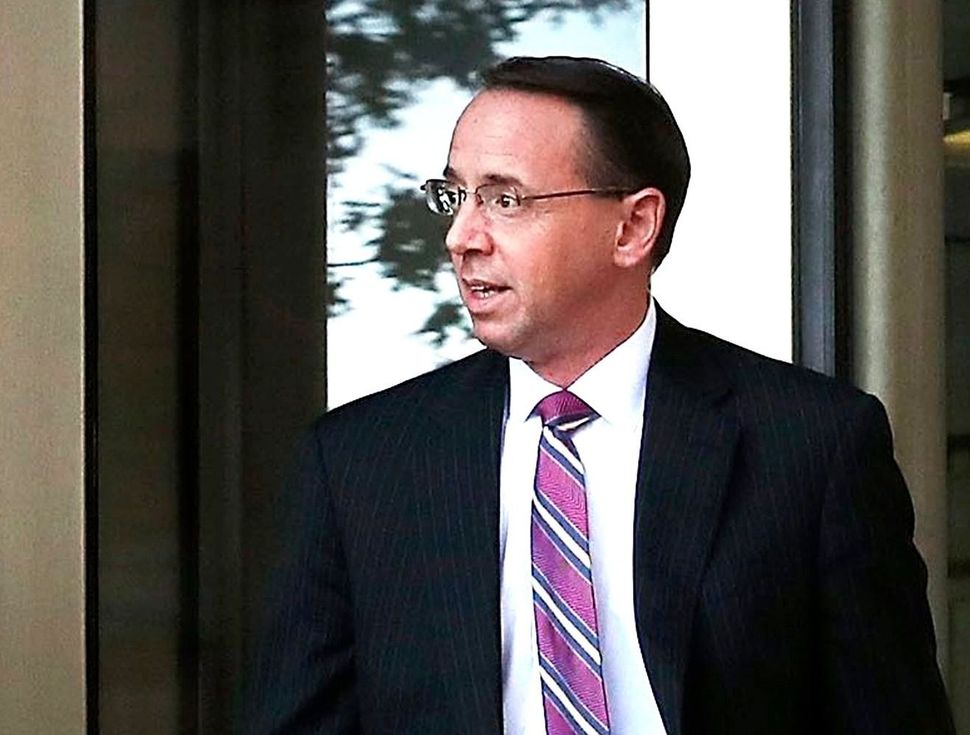 Representatives Jim Jordan and Mark Meadows, who belong to the conservative House Freedom Caucus, joined nine other House members in accusing Rosenstein of hiding investigative information from Congress, failure to comply with congressional subpoenas and other alleged misconduct.

Rosenstein, the No. 2 official at the Justice Department, has become a frequent punching bag for supporters of President Donald Trump for appointing Mueller to investigate whether Trump’s campaign colluded with Russia in his race against Democrat Hillary Clinton. The president has denied such collusion took place.

A Justice Department official said the agency had no comment.

Representative Adam Schiff, the top Democrat on the House of Representatives Intelligence Committee, said on Twitter the articles of impeachment “were filed in bad faith and show extraordinary lengths to which House Republicans will go to protect Trump.”

The House is scheduled to leave on Thursday on a recess that extends until the first week of September.

A House Republican aide said the two lawmakers were not attempting to force quick action on the articles of impeachment.

For Rosenstein to be removed from office, a majority of the House must vote for the articles of impeachment and then the Senate must convict him on a two-thirds vote. Republicans control both chambers but have only a 51-49 edge in the Senate.