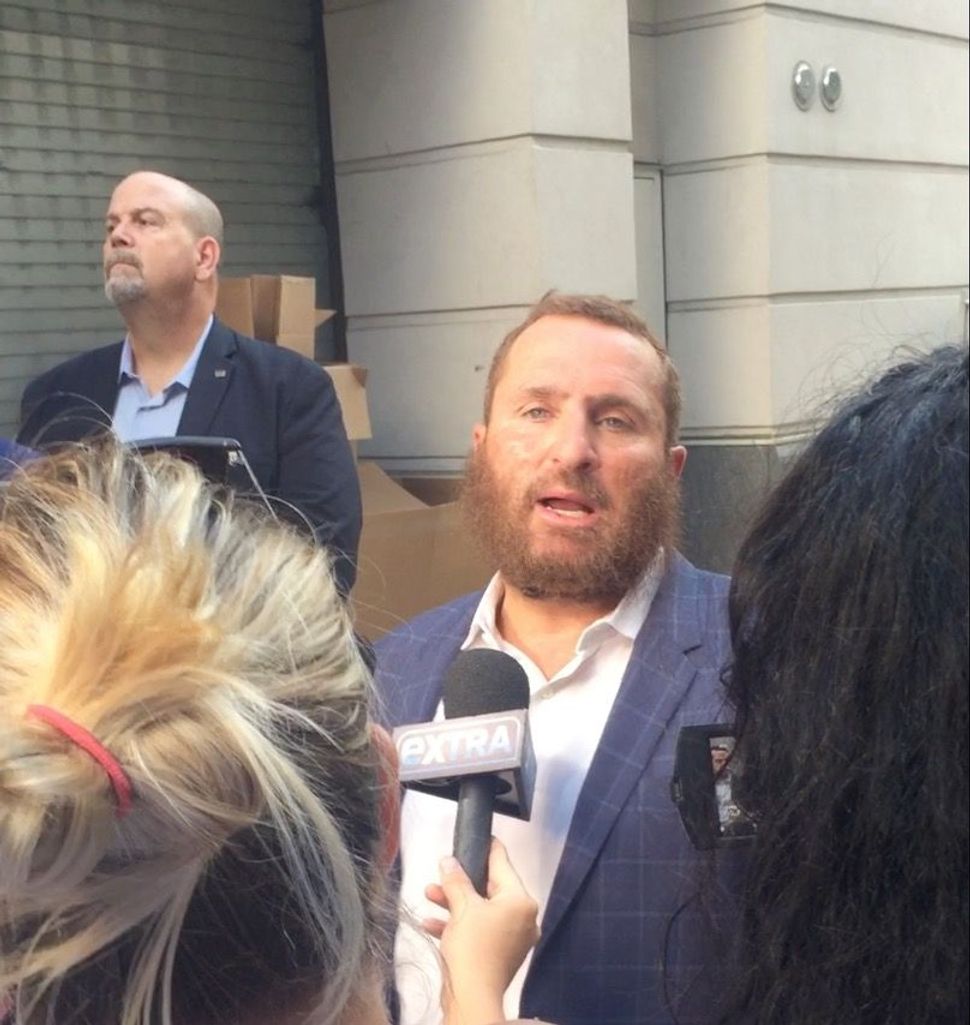 Less than a week after Barr posted a YouTube video of herself screaming that she thought the “b—— was white” about Valerie Jarrett — and hours after she filmed Sean Hannity’s show — Boteach hosted a conversation with the star at Standup, a comedy venue on Manhattan’s Upper West Side.

Telling reporters that she had a “big heart” and, by showing her vulnerability she had shown her “soft underbelly,” Boteach said that Barr had gone through the four stages of Maimonidean repentance that are core to Jewish “teshuvah.” It was important for her to atone personally, but also as a “high profile ambassador” as a Jewish woman and a “practitioner of Jewish beliefs.”

Boteach repeatedly returned to the way that “Martin Luther King Jr., the greatest American of the twentieth century” had forgiven people who had been racist toward him. While Barr’s transgressions were quite different, Boteach called for love and healing while clearly distinguishing the difference in Jewish law between someone who did one bad thing and someone who demonstrates a pattern of bad behavior.

“We have no Jesus in Judaism. No perfect man.” Boteach put the onus on the Jewish people to forgive one another and Americans to forgive Roseanne.

They were at Standup to conduct a conversation. Boteach hoped that it would be entertaining but it would not be a standup or comedy act. They were appearing at that venue because Donny, the owner, had offered them the studio in which they had recorded the four podcasts since Barr’s fateful tweet.