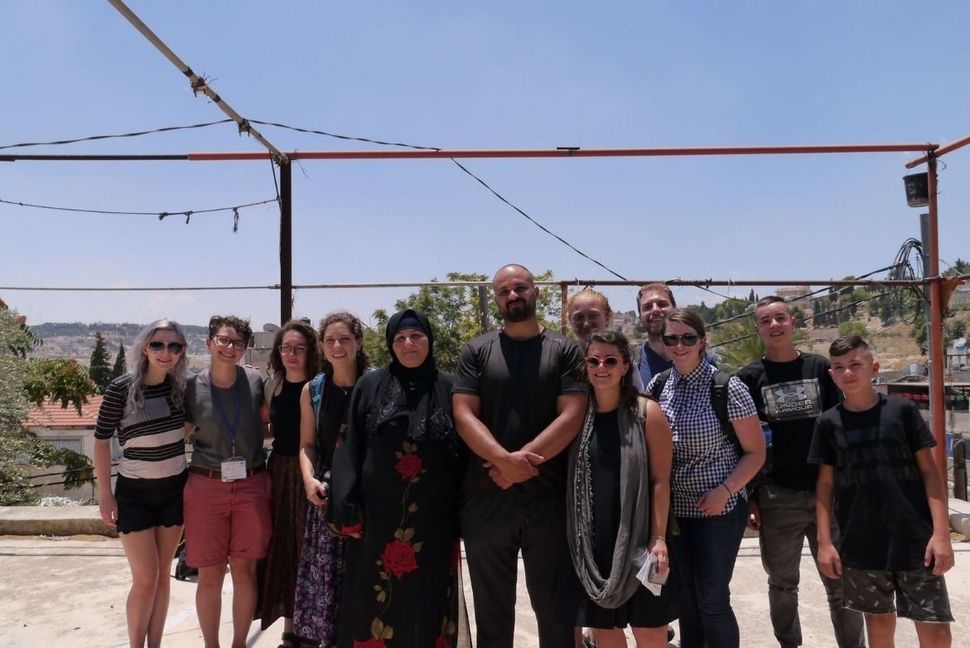 Participants who walked off Birthright on July 15. Image by Via GoFundMe

Facebook removed a live-streamed video posted by a Birthright participant who recently walked off her trip with eight others to visit a Palestinian family facing eviction from their eastern Jerusalem home.

The social network took down the video over the weekend, according to IfNotNow, an American-Jewish progressive activist group that connected the participants with activists in the West Bank. The video, posted by Hallie Berkson-Gold on July 15, featured the moment of the walk-off, as well as a lengthy conversations with Palestinians.

The eight participants wrote in a GoFundMe campaign — which they created to raise money to book new flights home — that they left their Birthright journey after six days. They said they tried asking questions about the Occupation and “demanding a more detailed and accurate picture of the truth,” which proved fruitless.