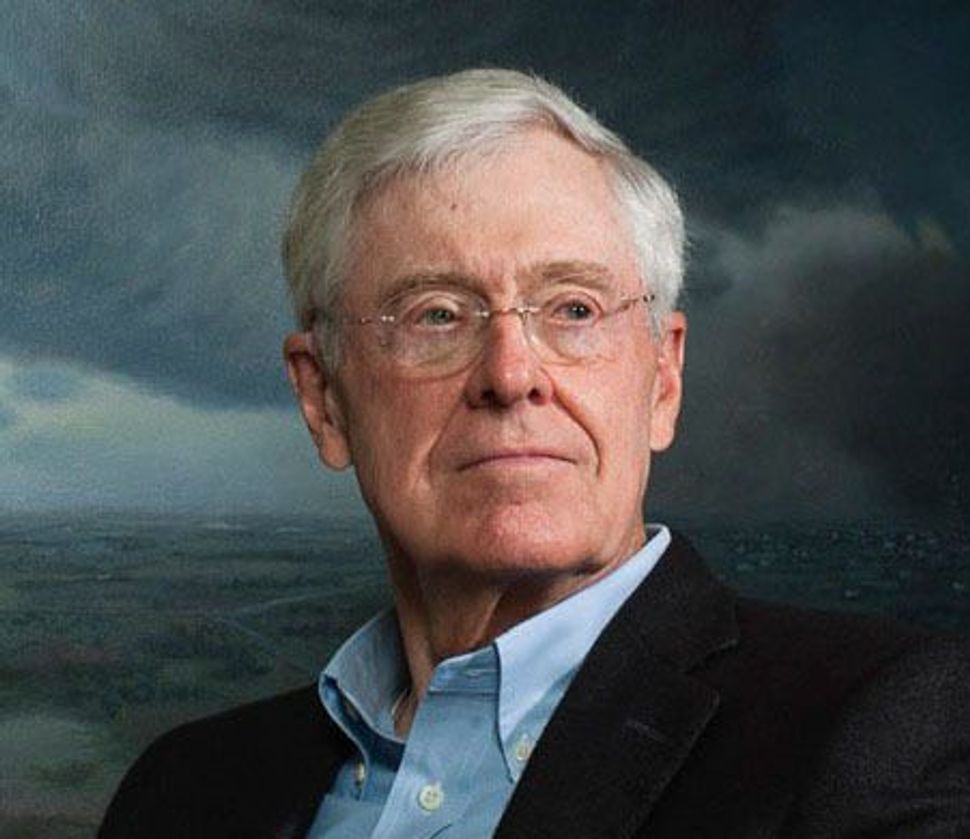 The term “globalist” has frequently been identified as a right-wing anti-Semitic dog whistle. The New York Times said that, for the “far right,” “globalism has long had distinct xenophobic, anti-immigrant and anti-Semitic overtones. It refers to a conspiratorial worldview: a cabal that likes open borders, diversity and weak nation states, and that dislikes white people, Christianity and the traditional culture of their own country.” The Koch brothers are not Jewish.

The globalist Koch Brothers, who have become a total joke in real Republican circles, are against Strong Borders and Powerful Trade. I never sought their support because I don’t need their money or bad ideas. They love my Tax & Regulation Cuts, Judicial picks & more. I made…..

….them richer. Their network is highly overrated, I have beaten them at every turn. They want to protect their companies outside the U.S. from being taxed, I’m for America First & the American Worker – a puppet for no one. Two nice guys with bad ideas. Make America Great Again!

Trump’s comments come after leaders of the Koch Network called his White House “divisive,” according to The Huffington Post. Additionally, Charles Koch said that the group may allocate less funding to GOP candidates, and expressed regret over past support.

The Koch Network did not endorse Trump’s 2016 run.