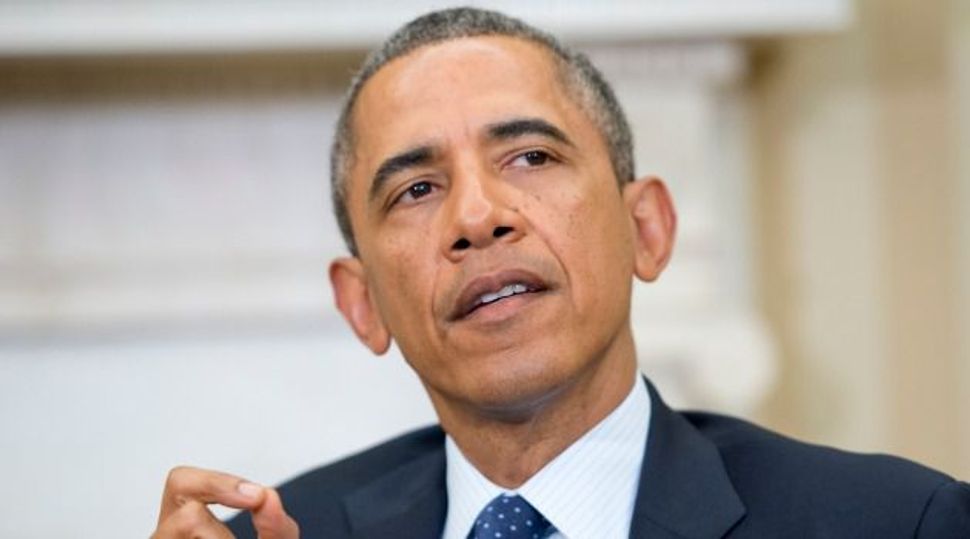 Former president Barack Obama formally entered the midterm fray, endorsing more than 80 candidates, including some Jewish contenders who are critical for Democrats’ hopes to retake Congress.

Obama tweeted Wednesday afternoon that he was “proud to endorse such a wide and impressive array of Democratic candidates,” including Senate hopeful Jacky Rosen in Nevada and House of Representatives challengers Mike Levin in southern California and Susan Wild in suburban Pennsylvania.

Today I’m proud to endorse such a wide and impressive array of Democratic candidates – leaders as diverse, patriotic, and big-hearted as the America they’re running to represent: pic.twitter.com/gWzalQhFas

Levin, who is running in a key Orange County swing district that Hillary Rodham Clinton carried in 2016, said in a statement that it was an “incredible honor” to garner Obama’s support.

“His was a presidency that, as he said, placed hope over fear, and unity of purpose over conflict and discord,” he wrote in an email. “Like President Obama, I believe that hope in the face of difficulty and uncertainty are the bedrock of this nation. With his help, I know there are better days ahead and that we can bend the arc of history back towards justice.”

The Forward reported last month that Levin and Wild were among a crop of Jewish candidates who outraised their Republican counterparts by nearly $2 million from April 1 to June 30.

The party needs to pick up 23 seats to gain a majority in the House.

Experts said they have a good shot to do just that with strong fundraising, an eight-point average lead in the generic Congressional polling and President Trump’s approval rating hovering just above 40%.

Obama did not mention President Trump, but hinted at his actions, particularly his interactions with other world leaders.

I’m confident that, together, they’ll strengthen this country we love by restoring opportunity, repairing our alliances and standing in the world, and upholding our fundamental commitment to justice, fairness, responsibility, and the rule of law. But first, they need our votes.