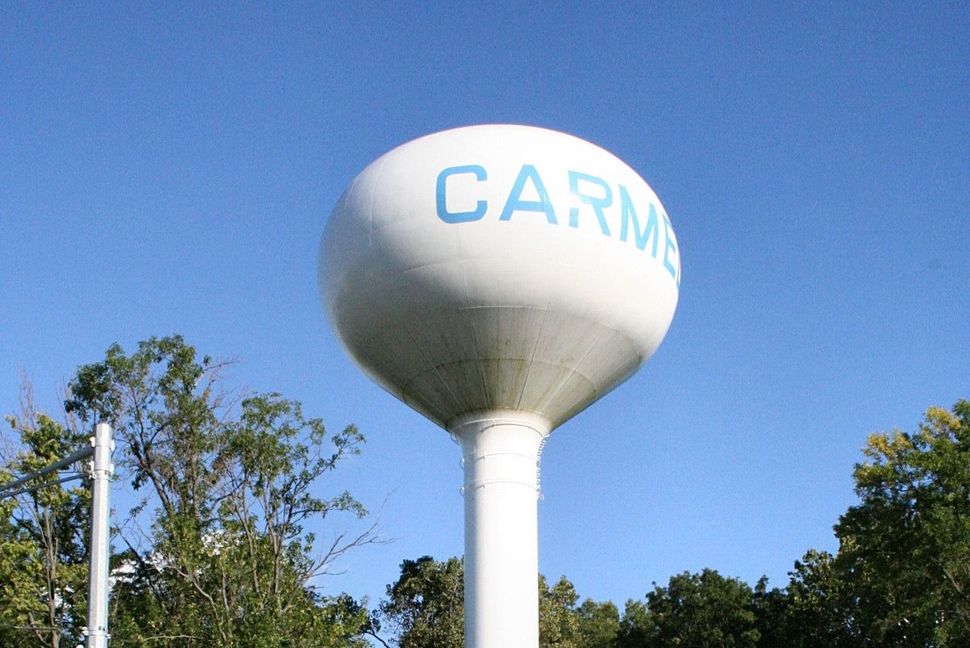 (JTA) — Billboards were erected in support of an Indiana synagogue that was targeted with anti-Semitic graffiti.

The billboard’s message is “LOVE” with a Star of David inside the “O.”

“We wanted to do something,” Chris Iverson, vice president and general manager of Lamar Advertising, told WISH-TV. “We just wanted to put a positive message out there. We just thought, what’s more positive than love.”

Several local billboards are showing their support for a synagogue that was vandalized in Carmel. @ElizabethChoi8 has more https://t.co/0RjYoHpEGZ

Four billboards, which are also supported by Outfront Media and Fairway Outdoor Advertising, went up Tuesday along two major highways near Carmel, a suburb of Indianapolis.

Another 12 digital billboards with the same message are found throughout the state, according to the report.

A black swastika surrounded by a red background and the German and Nazi Military Iron Cross were painted Saturday morning on a wall at Shaarey Tefilla, a Conservative synagogue near Indianapolis with 200-member families.

On Sunday, Vice President Mike Pence said he was “sickened and appalled” by the vandalism in his home state, where he served as a congressman for 12 years and governor for four years.

Hundreds attended a community solidarity gathering at the synagogue on Monday night.

A GoFundMe campaign was launched on Tuesday to help the synagogue clean up the damage and increase security.