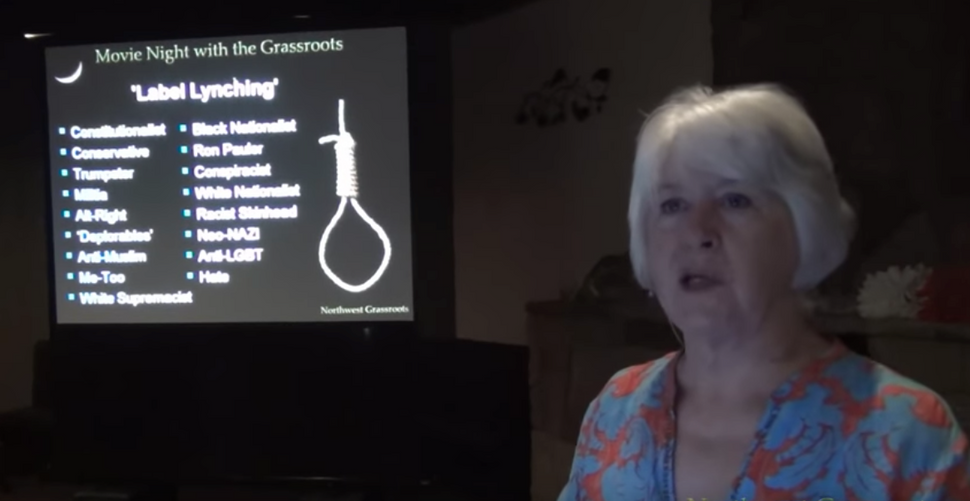 A Washington state Republican Party county chair has resigned after admitting she made a mistake in inviting a white supremacist to speak at a local GOP event.

Cecily Wright said she wanted to “profoundly apologize” for giving James Allsup a platform to speak at a Spokane Tea Party gathering. Wright introduced Allsup — who marched with neo-Nazis in Charlottesville and is connected to the white nationalist group Identity Evropa — during the July 11 meeting as a victim of “label lynching” before showing a video of him speaking at a 2016 Trump rally.

“The Spokane County GOP remains committed to standing against white supremacy, racism, and bigotry in all forms,” she wrote on the the group’s Facebook page on Wednesday. “We will always support a free society where individuals are judged on the content of their character rather than the color of their skin.”

Allsup, a former Republican campus leader at Washington State University, has advocated infiltrating the GOP from the grassroots level and recently won a seat as a local party precinct officer.

The activist said in a September 2017 appearance on the white nationalist podcast “Fash the Nation” that followers could take over a local College Republican group if they had “three or four fashy goy” (fascist, non-Jewish) friends.

Allsup also donated to Trump’s reelection along with several neo-Nazis shortly after the 2016 vote. The president’s campaign has yet to refund the donations, FEC records show, or state if they intend to do so.

“Not only did Cecily Wright defend James Allsup, she introduced him as the victim of ‘label lynching’ — a grotesquely uninformed phrase that trivializes the violence inflicted on people of color by actual lynchings through our country’s history,” Podlodowski said. “And this wasn’t just a slip of the tongue. Cecily’s prepared introduction of Allsup centered around the idea of ‘label lynching.’ She even included an image of a noose in her presentation.”