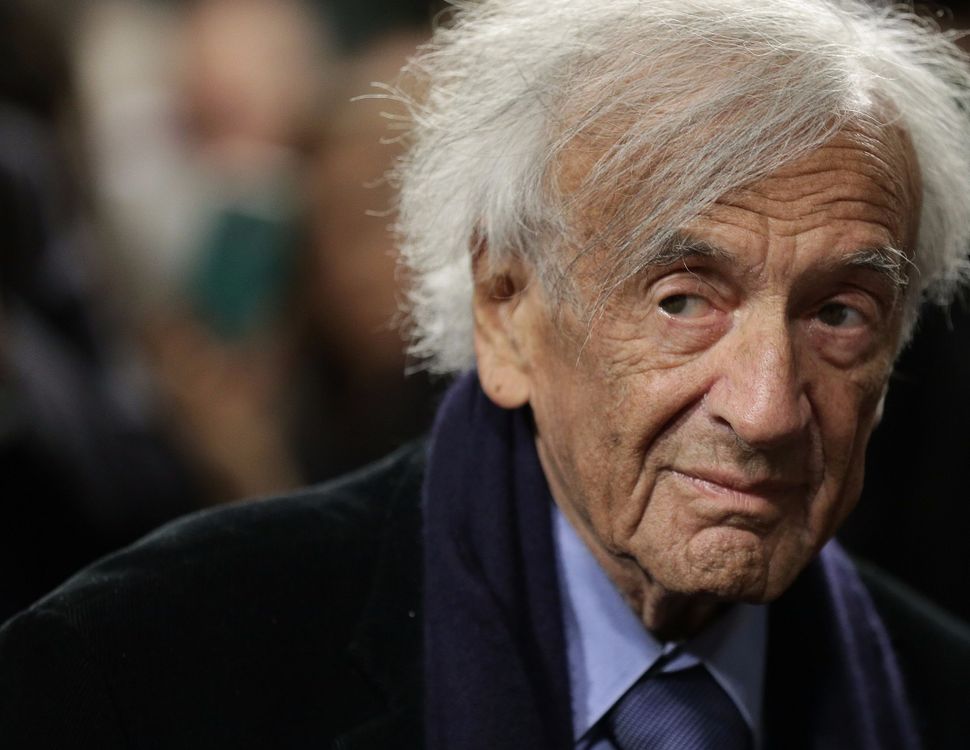 (JTA) — Unidentified individuals spray painted offensive graffiti on the external walls of a museum for Elie Wiesel in Romania, where he was also born, in what police said was an anti-Semitic incident.

The florescent pink graffiti that was painted on the Memorial House Elie Wiesel in Sighet in eastern Romania read “public toilet” and “Nazi Jew lying in hell with Hitler” as well as “Anti-Semite pedophile.”

Wiesel was one of the world’s most famous Holocaust survivors before he passed away in 2016 at the age of 87. A Nobel prize laureate for literature, he was honored last year by locals in his hometown. They marched from the museum, which was built where Wiesel was born and grew up, to the train station where in 1944 he boarded with his family a train to the Auschwitz death camp in Poland.

Police are investigating the incident, which they consider an anti-Semitic hate crime, but have no suspects in custody, the news site Sighet247 reported Saturday.

In June, Maximillian Marco Katz, founding director of MCA Romania-The Center for Monitoring and Combating Anti-Semitism, told JTA that Romania has adequate laws for fighting anti-Semitism, but enforcement in lacking. He cited several recent cases, including the failure by authorities to prosecute Gheorghe Funar, a former mayor of the city of Cluj who last year said in a filmed speech that the “Romanians are victims of Jews within” who perpetrated “the greatest Holocaust in human history.”

A police officer told Katz he “did not see who was damaged” by the former mayor’s speech and that he therefore is dropping the investigation, Katz said.