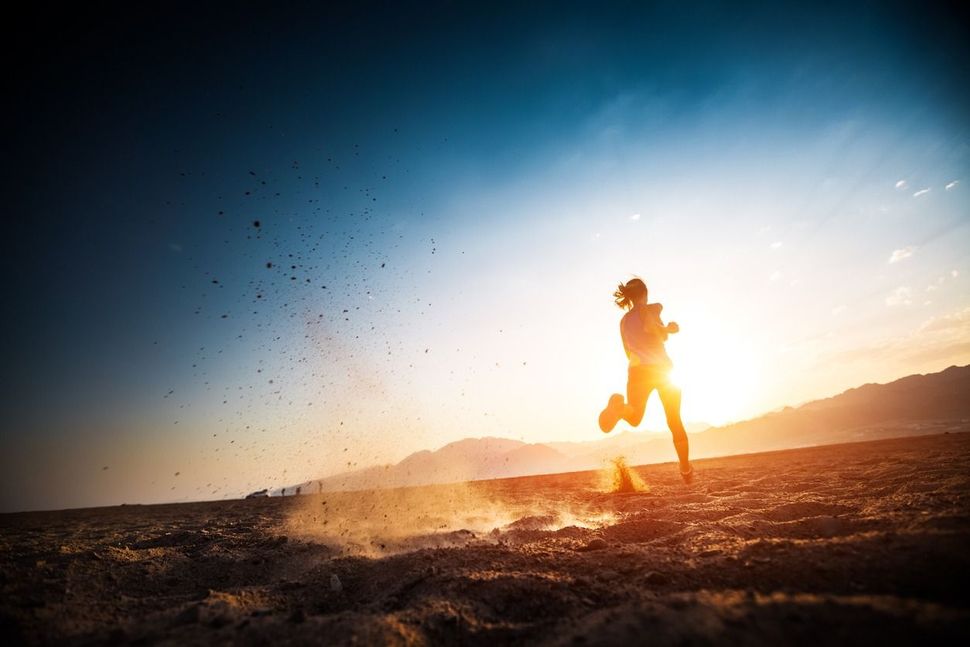 With the sound of the shofar, the runners will set off, racing through the heart of Israel.

In a way, the Bible Marathon, which this year lands on Sept. 28, retells an event from the Book of Samuel, Breaking Israel News reported Tuesday.

In the story, shortly after the Jews entered the Land of Israel, they fought a battle against the Philistines. Everyone fled, the Ark of the Covenant was taken and the two sons of the High Priest were killed. But a man from the tribe of Benjamin — said to be a young King Saul — ran from the battle line to Shiloh the same day, a total of 26.1 miles.

The Bible Marathon, now in its fourth consecutive year, gives participants the opportunity to reenact this moment in religious history. The full marathon route — 26.1 miles, per standard marathon distance — runs from Rosh Ha’ayin (Eben Ezer in the Bible) in central Israel to Shiloh in the West Bank.

Before the race, men blow the shofar while dressed in white, wearing ancient tarbooka drums around their necks. Even the runners get in the spirit, with some sporting linen togas.

Last year, more than 2,000 runners from more than 10 countries ran the Bible Marathon, which also includes a half-marathon, 10-kilometer and 5-kilometer races.