Ady Barkan Is Dedicating His Last Years To ‘Save Our Democracy’ 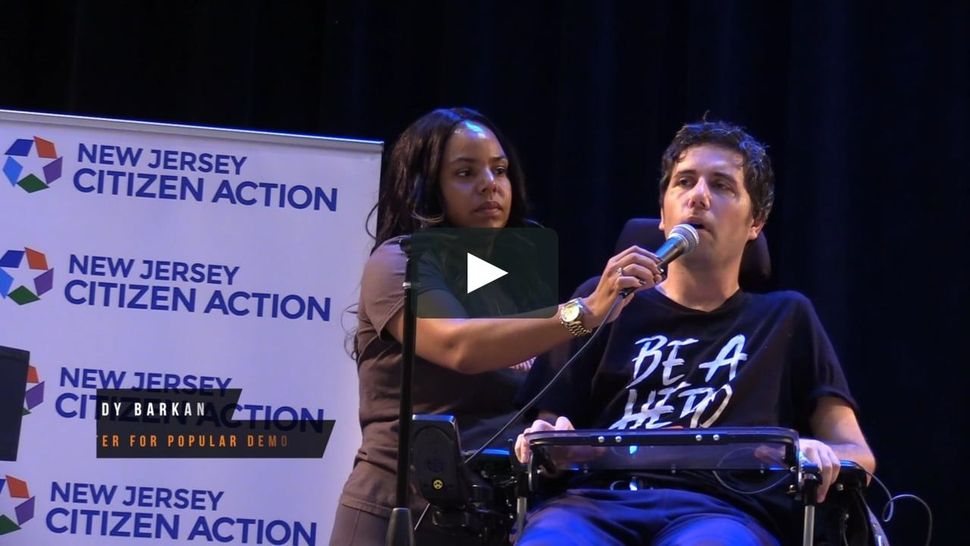 Ady Barkan is a progressive activist who recently released an advertisement endorsing Danny O’Connor, a Democrat running for Congress in Ohio’s 12th District, called “This dying father has a message for Ohio voters”, CNN reported.

Barkan’s PAC purchased $100,000 worth of airtime to broadcast it.

Barkan was diagnosed with amyotrophic lateral sclerosis, an incurable neurodegenerative disease commonly known as ALS, in October 2016. But that has not stopped him from fighting the GOP’s 2017 tax bill or helping Democrats take back Congress.

“I was shocked when the Republicans in Congress proposed a tax bill that would take away my health care to fund tax cuts for billionaires,” he says in the ad. “Your family and my family are going to pay the price, so now I’m asking you to be a hero.”

Slowly, it is getting harder for Barkan to raise his right fist but he continues to do it more often because he wants “people to know that their future is in their hands and our democracy is what we make of it.”

Barkan is fighting for a future he won’t see but he says he is using the years he has left to fight for democracy and make the world a better place for his two year old son.

From his wheelchair in Minneapolis last month, Barkan addressed a crowd of hundreds: “I am willing to give my last breath to save our democracy,” he said. “And I’m here to ask you: What are you willing to give?”

Ady Barkan Is Dedicating His Last Years To ‘Save Our Democracy’