Things To Make You Love RBG Even More, In Honor Of 25 Years On The Bench 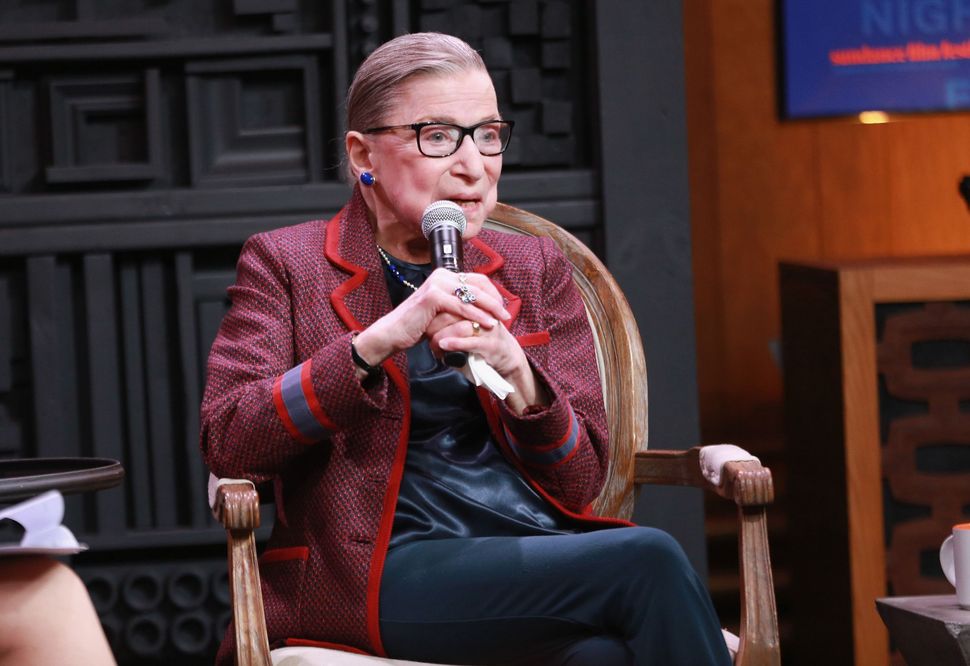 On this day in 1993, Ruth Bader Ginsburg took the judicial oath of the United States Supreme Court, becoming the second woman and sixth Jew to sit on the bench.

It’s been 25 years, but the public’s adoration for her only continues to grow. In case you didn’t think you could love her any more, we present a few more reasons to fawn over the notorious Supreme Court Justice.

At 85 years young, Ginsburg has a strict, rigorous workout routine.

When asked by Politico in 2017 who the most important person in her life was, Ginsburg answered: “My personal trainer.” The oldest justice works out with Bryant Johnson twice a week for about an hour per session, Politico reported. The workouts typically start around 7 p.m. at a gym inside the Supreme Court, and she listens to PBS NewsHour while she exercises. The RBG Workout is real and a best seller.

She’s about to become an action figure.

A Kickstarter campaign recently lobbied to create a Ginsburg action figure, complete with pulled-back hair, wire-rimmed glasses and iconic jabot. $613,705 was pledged, squashing its goal of $15,000.

There will be flavor of tea named after her. The Teabook, a new Kickstarter-funded company, is hoping to steep Ginsburg’s penchant for truth and justice into a lemon green tea.

She’s not going anywhere anytime soon. Ginsburg said she hopes to remain on the court for another five years. “My senior colleague, Justice John Paul Stevens, he stepped down when he was 90, so think I have about at least five more years,” she said, according to CNN. She hired law clerks for the next two terms, taking her at least through 2020.

Things To Make You Love RBG Even More, In Honor Of 25 Years On The Bench