On Charlottesville Anniversary, Trump Condemns ‘All Types Of Racism’ 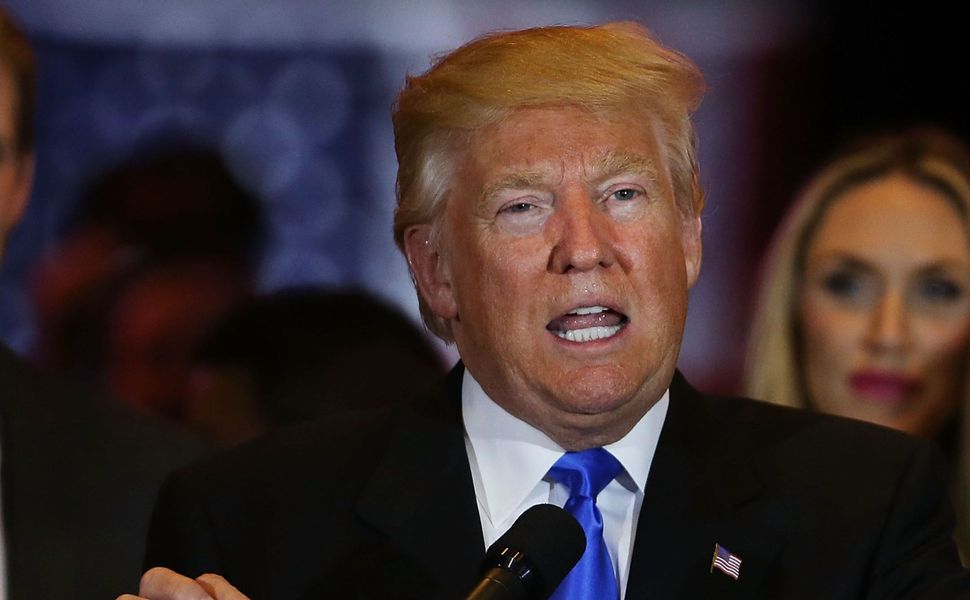 WASHINGTON (JTA) — President Trump marked the anniversary of the deadly neo-Nazi march in Charlottesville, Virginia with a tweet that did not single out white supremacists as responsible, while his Jewish daughter named the racist ideology and condemned it.

“The riots in Charlottesville a year ago resulted in senseless death and division,” Trump said Saturday on Twitter, without noting that most of the violence, including a car ramming that killed counterprotester Heather Heyer and injured at least 20 others, was committed by neo-Nazi marchers.

The tweet was on the eve of the Aug. 12 anniversary.

“We must come together as a nation,” he said. “I condemn all types of racism and acts of violence. Peace to ALL Americans!”

The tweet appeared to echo his equivocations after last year’s violence when he blamed “many sides” for the violence and said there were “very fine people” on both sides. Those statements drew widespread condemnation from Jewish leaders, Democrats and Republicans.

Ivanka Trump, a senior adviser to her father and an observant Jew, posted a thread of tweets just after Shabbat in which she singled out the white supremacists and neo-Nazis.

“While Americans are blessed to live in a nation that protects liberty, freedom of speech and diversity of opinion, there is no place for white supremacy, racism, and neo-Nazism in our great country,” Ivanka Trump said.

Ivanka Trump and her husband reportedly pressured her father to single out white supremacists and neo-Nazis immediately after the violence last year, and he did — and then reversed himself within a day, once again blaming both sides.

She has more recently staked out a difference with her father on his repeated attacks on media as the “enemy of the people,” saying she rejects the appellation.

On Charlottesville Anniversary, Trump Condemns ‘All Types Of Racism’