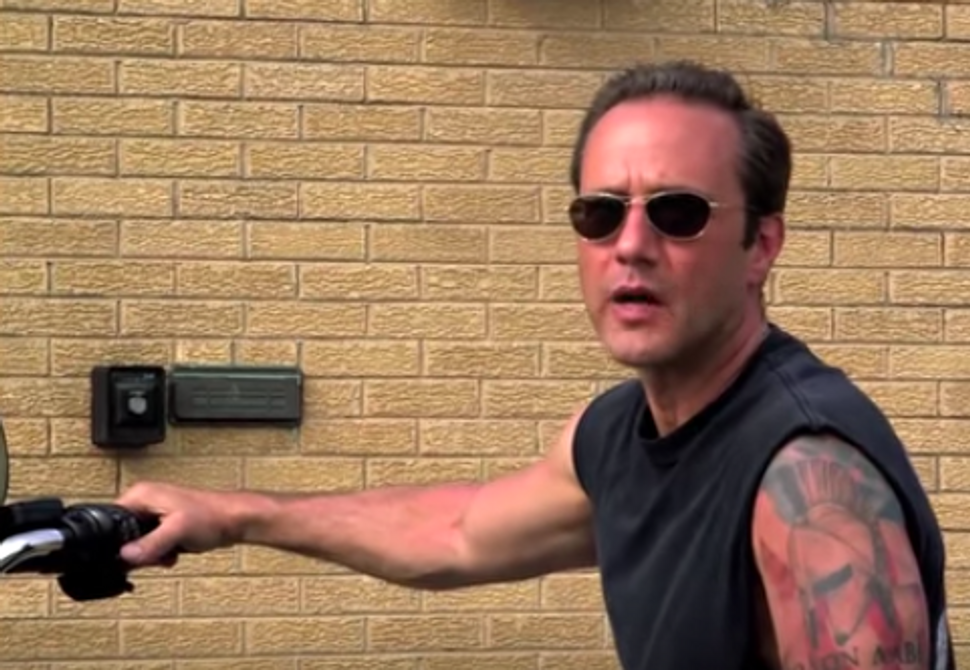 White supremacist Paul Nehlen is winning a surprising strong 11% of the vote in the Republican primary for Paul Ryan’s congressional seat.

The notorious racist, who lashed out at critics for being “shekel-for-hire” Jews, was in third place with more than 80% of the votes counted in Wisonsin’s first district, a GOP bastion in the southern part of the state that Democrats hope to flip with Ryan retiring.

Nehlen trailed behind establishment Republican choice Bryan Steil, who led a crowded field with just over 50% of the votes.

Nehlen ran against Ryan in the 2016 GOP primary. The race got national attention when then-candidate Donald Trump refused to endorse Ryan, but the House Speaker won in a 5-to-1 landslide.

Since then, Nehlen has appeared with anti-Semitic figures like David Duke, blamed “Jewish media” for unfair press coverage and published an enemies list of Jewish journalists.

But fellow white nationalists have distanced themselves from Nehlen in recent months because many felt he was being too overtly racist. Nehlen was banned from Gab, a Twitter-like platform popular with the “alt-right,” after revealing the secret identity of a prominent troll with whom he had ideological disagreements.

The state Republican party condemned Nehlen in February after his Twitter ban.