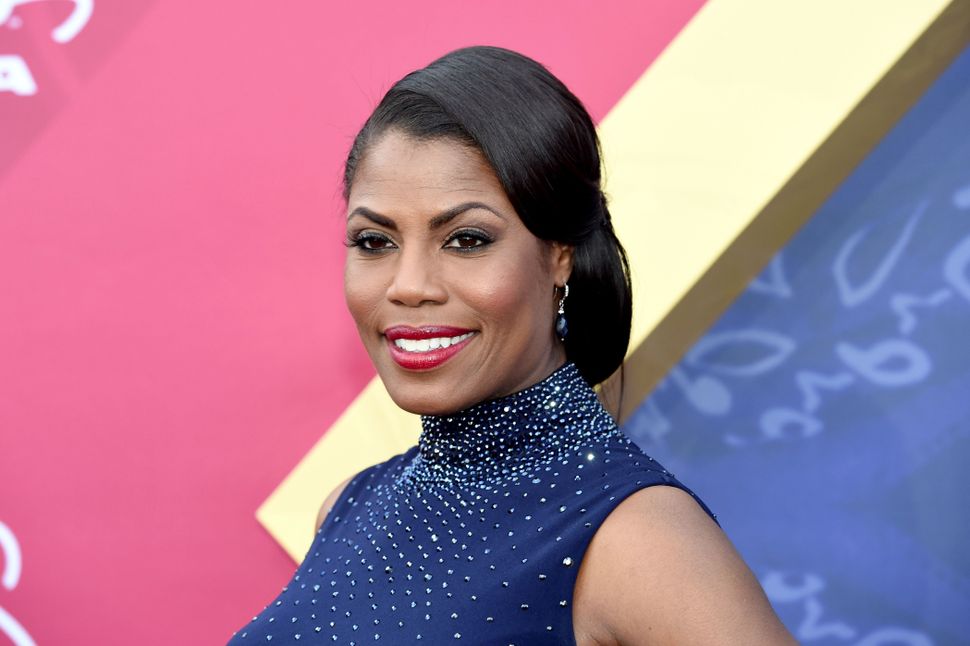 Ex-“Apprentice” star and former White House aide Omarosa Manigault Newman is telling all, including her observations of the “sickening” interactions between President Trump and his daughter.

In her new book “Unhinged,” Manigault Newman reveals that the way Trump placed his hands on Ivanka’s hips “made everyone uncomfortable.”

“I was used to the sickening feeling I had whenever they touched or kissed or he openly admired her form,” she wrote.

Even before Manigault Newman’s revelations, the Forward could identify enough such material to write a detailed list about it: 7 Creepy Things Donald Trump Has Said About Ivanka.

Manigault Newman recalls a time when Trump paused a meeting during the campaign so everyone could marvel over Ivanka’s form-fitted skirt.

“It appeared to me that Ivanka has gotten so used to his touching her in ways that made others cringe and either didn’t notice it anymore or purposefully allowed it to happen — as I’ve said, Ivanka uses his obsession with her to her advantage,” she wrote.

Despite his love for his daughter, Trump “wasn’t always such a fan of Jared [Kushner],” Manigault Newman wrote. When she asked Trump what she thought of Kushner in the early days of his relationship with Ivanka, Trump responded, “He seems a little sweet to me.” According to Manigault Newman, that’s Trump’s phrasing for “gay.”

I’m reading the Omarosa book (so you don’t have to!) and here’s a blurb about Trump and Ivanka that makes me want to die pic.twitter.com/ApKJQSeWLi