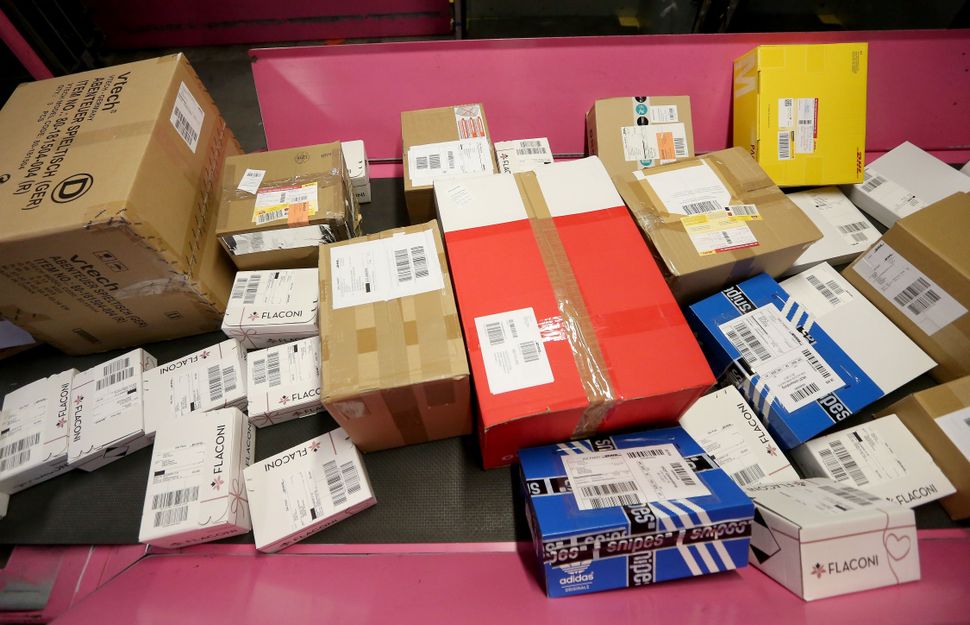 JERUSALEM (JTA) — Palestinian postal workers are struggling to sort through nearly 10 tons of mail previously blocked by Israel and finally delivered as the result of a one-shot deal.

Some of the parcels date back to 2010 and include everything from letters to wheelchairs, according to the French news agency AFP, which visited the sorting center in Jericho.

AFP reported that Palestinian Telecommunications Minister Allam Mousa blamed the backlog on Israel, which he accused of dragging its feet in implementing a postal service agreement with Ramallah. In response, the Israelis said an agreement would be implemented but declined to go into details.

One Palestinian official told AFP that he believed some of the packages were held up for both security and administrative reasons, and it would take weeks to sort through it all.

Israel’s Coordinator of Government Activities in the Territories said the delivery of the packages followed the signing of an agreement “about a year ago” that had not yet been implemented, characterizing it as a confidence-building measure.

In late 2016, the Israelis and Palestinians signed a memorandum of understanding to improve postal services between the two entities, according to  the Palestinian Maan News Agency reported, with the Palestinian Authority handling international mail directly by way of the Allenby Bridge crossing between Israel and Jordan. Previously, Israel controlled all Palestinian mail despite an agreement signed in 2008.