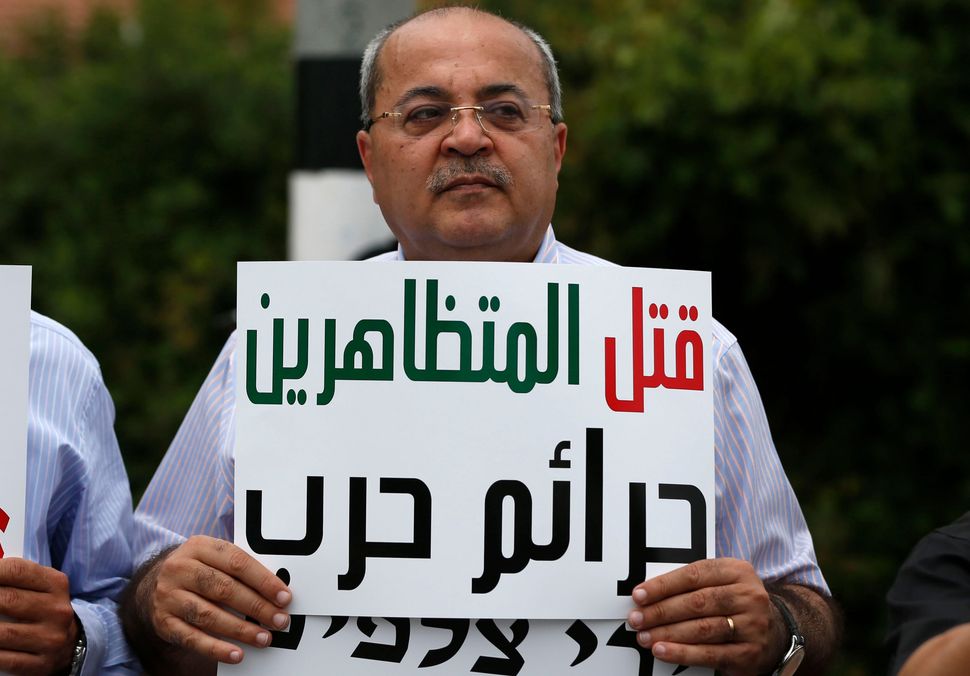 The Palestinian Liberation Organization’s Central Council, in cooperation with Israel’s Higher Arab Monitoring Committee, has decided to mark July 19 as the “Day of Resistance against the Israeli Apartheid.”

July 19th is the day the Knesset passed the controversial nation-state law.

The decision to make the date an annual reminder of the struggle against the Israeli occupation was approved in an assembly of the Central Council that was held on Wednesday in Ramallah.

MK Ahmed Tibi (Joint List) proposed the annual commemoration day to the committee. “The nation-state law creates a hierarchy of civilians according to their ethnic classification,” Tibi said. “Jews with rights have the Jewish supremacy, and unequal Arabs are second-class citizens,” he continued.

Tibi and Mohammad Barakeh – who is the chairman of the Higher Monitoring Committee – presented to participants in the Central Council’s assembly the repercussions of the passage of the nation-state law on the Arab public in Israel and on the Israeli-Palestinian conflict.

According to Tibi and Barakeh, the legislation and the person standing behind it, Prime Minister Benjamin Netanyahu, will prevent the implementation of the two-state vision.

Tibi and Barakeh explained that an official day marking the resistance against the “Israeli apartheid” is an essential part of the public and international struggle against the nation-state law.

Barakeh told Haaretz that Palestinian President Mahmoud Abbas agreed to have PA embassies worldwide help members of the Higher Monitoring Committee and Arab lawmakers act against the law, with emphasis on advocacy and political work during the upcoming UN General Assembly gathering.

On September 4, members of the Joint List party are expected to hold a meeting with the European Union’s foreign policy chief, Federica Mogherini.