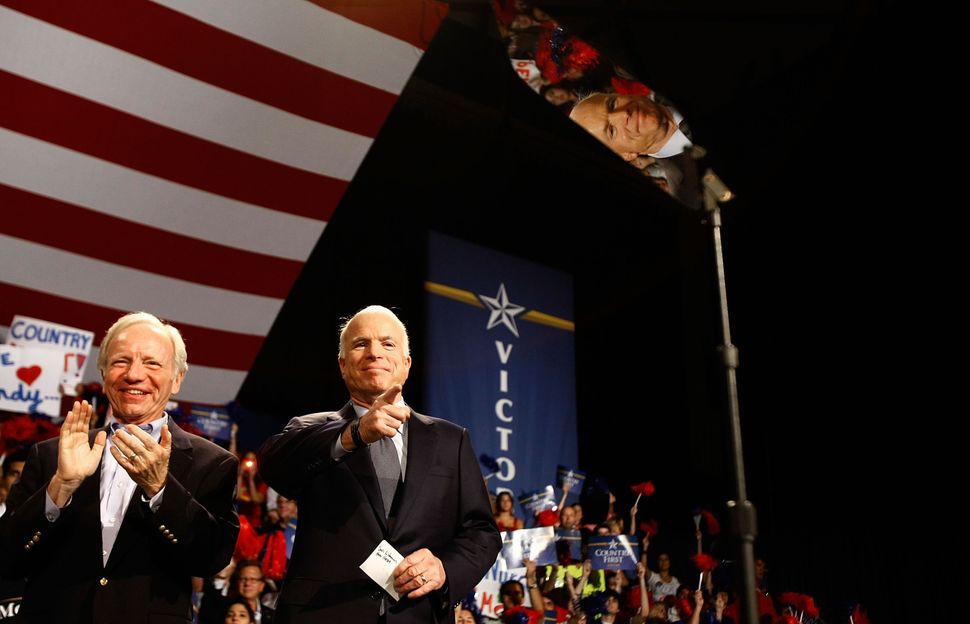 Joe Lieberman is praying for his friend Sen. John McCain, who decided to discontinue treatment for an aggressive form of brain cancer, ABC News reported Friday.

“Becoming John McCain’s friend has been one of the great blessings of my life,” Lieberman said in a statement. “Today I am praying for him and his family.”

NEW: Joe Lieberman: “Becoming John McCain’s friend has been one of the great blessings of my life. Today I am praying for him and his family.” https://t.co/x7bOgdlitq pic.twitter.com/47Nc2x7lMZ

Last summer, McCain said he had been diagnosed with an aggressive glioblastoma, “and the prognosis was serious,” his family said in a statement Friday.

“The progress of disease and the inexorable advance of age render their verdict,” the McCain family wrote.

McCain made the decision to discontinue medical treatment, which signals he might have just days to live.

My thoughts and prayers are with Senator McCain and his family. https://t.co/cqHXdjJntj