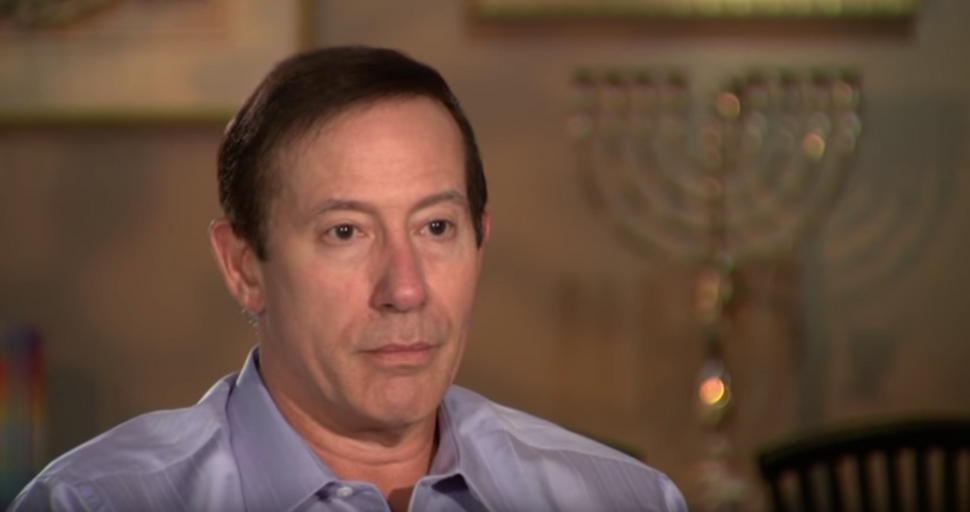 (JTA) — Real-estate investor Adam Milstein denied a report that he is a funder of Canary Mission, an anonymous website that aims to name and shame anti-Israel activists.

Milstein’s charity, the Adam and Gila Milstein Family Foundation, donates to a number of groups that work on campus from a right-wing pro-Israel perspective, including Students Supporting Israel, the Amcha Initiative and the media watchdog CAMERA.

Canary Mission “documents individuals and organizations that promote hatred of the USA, Israel and Jews on North American college campuses,” according to its “About us” page. Critics have accused it of seeking to intimidate pro-Palestinian college students and stifle their activism with the threat of a blacklist.

According to the Forward, Israeli border control officers have used information from the site to bar activists from entering the country. The site does not reveal who funds it or manages its activity.

In the video, Eric Gallagher, at the time an employee of The Israel Project, another group Milstein supports, names Milstein as Canary Mission’s funder. Gallagher is speaking to an undercover Al Jazeera reporter named “Tony” who was posing as an intern with The Israel Project. Gallagher tells “Tony” that Milstein spoke with him on the phone about starting a “name-and-shame” effort, and solicited his feedback.

“Yeah, which is interesting because it makes us seem as though we’re a part of it, but we’re not,” Gallagher responds, referring to The Israel Project.

In a statement to JTA, a spokesman for Milstein denied that he funds Canary Mission and challenged the Electronic Intifada’s credibility.

“Neither Adam Milstein nor the Milstein Family Foundation are funders of Canary Mission,” the statement said. “Electronic Intifada is an anti-Semitic propaganda website known for spreading vile lies about Israel and anyone who supports it. Thus, it is no surprise that this propaganda website has decided to publish these categorically false allegations, which were captured on hidden camera by a spy sent to secretly record Americans by Al Jazeera.”

“First of all, investigate who they are,” Milstein says. “What’s their agenda? … We need to expose what they really are, and we need to expose the fact that they are anti-everything we believe in.”